We consider Miami to be our second home here at Thirsty, so we are always extremely excited to see the hospitality and bar industry thriving and expanding beyond the beach.  Jaguar Sun opened in Downtown Miami in Fall 2018 and this small bar quickly became a favorite of both locals and industry from all over globe. The beverage program is overseen by Co-Partner & Bartender, Will Thompson, and is seriously super top notch.  While Jaguar Sun is an indisputable bar hotspot, Thompson has paid his dues and put in the work for his accolades.  He worked with Bon Vivants for a number of years, before cutting his teeth with opening other people’s venues nearly every six months for good spin. Thompson’s fingerprints are on bars in Nashville, New Orleans, New York and, of course, Boston.

Most folks know that Thompson relocated to Miami from Boston where he  worked at Drink alongside thirsty favorite, Ezra Star.  While up north, he was named “Boston’s Best Bartender” by Boston Magazine in 2017. However, the warmer weather was calling and Jaguar Sun has put Will on the global radar. While the food by Chef Carey Hynes at Jaguar Sun is praiseable & craveable (if you are reading this, send Parker House Rolls), it is Will’s front of the house hospitality that makes us keep coming back for more. His knowledge, warmth and genuine conviviality is a huge part of why Jaguar Sun has quickly risen to the top of many bar lovers lists. So while we can gush about this straight-up good guy all day, instead, let’s go drinking with the darling Mr. Will Thompson … 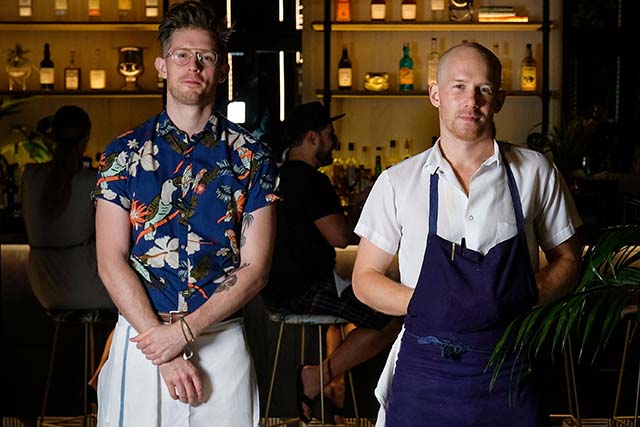 We’re a small cocktail bar and restaurant in downtown Miami. Our food is pretty Italian and our drinks are kind of tropical. We also have a lot of mezcal and rum.

I worked in cafés and coffee shops till I was 21, then switched into restaurants. I lied about my experience to get my first serving job. I took Russian in high school because I am a nerd, so when the bar manager asked me my favorite beer I looked at the tap lines and picked Old Rasputin, which happened to be his favorite beer.  I’m pretty sure that got me the job. I don’t think I had thought about that till just now, but I fuckin’ Kaiser Soze’d my way into the restaurant industry. Fantastic!

Sure! We have a little coffee shop next to the bar, so our suppliers bring me good really beans to take home from time to time. I use a little hand grinder that takes about 87-minutes to make enough grounds for my coffee maker, and I just drink it regular. I don’t drink tea as much, but I like white teas and pu-erh a lot.

Tell us about your first boozy experience?

There was a Latvian guy in my high school named Gints who had an older brother and would sell us Poland Spring bottles full of cheap vodka for $10 a whack.

The ocean. If the ocean is unavailable for whatever reason, exercise, water, coffee, breakfast sandwich, and fingers crossed for a quick death.

Not to be morbid, but since we all gotta go sometime, what is your very last sip death row drink to toast farewell?

Old scotch, probably very old Islay scotch. I don’t think I’d feel great about being on death row and would want something with a little fight in it.

The Rum Rum Tugger from the musical Cats. Homie seems like a real freak of the week.

What’s your behind the bar theme song and what is your closing song?

Our dishwasher, CJ, grabs a record from his room (he lives above the bar) to close the night, so whatever he picks. I don’t know about a theme song; maybe Monkberry Moon Delight right this minute.

Who is the best industry drinking buddy for a fun night?

My old roommate Russell Dillon is pretty good. This feels like a rude question because i can’t answer it without slighting a bunch of my friends, all of whom I would like to go get a drink with.

There is another notable Will Thompson (Better Days) in the Miami bar community. While you two are nothing alike, you are both two of our favorites. What’s it like sharing a name in the 305?

Ha! People keep trying to set up a Will Thompson versus Will Thompson thing here, but I think it should be a Will Thompsons vs The World. I will say that a lot of my distributors just flat out skipped our opening meetings and went to his bar instead which was pretty funny.

If you could create a Dream Team comprised of any of the bartenders you have worked with behind the throughout the years for a Guest Shift, who would be on it?

Everybody who was on the Bon Vivants a few years ago, plus all my friends.

If you and I were to go on a Global Cocktail Bar Crawl (private jet included duh) what bars would you visit?

The Dinghy Dock in Culebra (Puerto Rico), Satan’s Whiskers in London, El Copitas in St. Petersburg, The Wilburn Street Tavern in Nashville, Loupe Bar in Mexico City, Harry’s or Glass in Paris, Foley’s or Delux in Boston. I feel like this list could get long pretty fast.

What is the coolest experience the bar world has afforded you thus far?

Travel. It is insane that as bartenders any of us get to do a single thing other than work at bars.

Environmental defense fund or something comparable. I think I’m becoming an increasingly single issue voter, but the issue is the world not ending right this minute.

How to you create balance in your life with a career behind the bar with long hours on your feet, crazy schedules, surrounded by booze?

I don’t do a great job of this, but having a day off that isn’t debatable is important to me. I don’t drink at work anymore because I am old and drinking at work makes me feel like a dirt bug.

You moved from Boston, where you worked with our dear friend Ezra Star at Drink, to Miami. What is some advice for Bartenders who are contemplating a move across the country, or world, for an opportly?

I did! It’s not easy; there’s more that comes with knowing your market and having long term relationships that can be communicated in a couple of sentences. Absolutely do not think that even a single person is going to care about what you did in wherever you’re from.

Social media can make our lives look super glamorous, what are some “real talk” downsides to the industry that folks that follow along might not see?

Do your job and don’t worry about what anyone else is doing.

Shameless plug time, what are you working on that the thirsty readers can expect from Will Thompson?

All sorts of stuff! We’re finally getting staffed up, so we can start to grow some of the content we’ve been meaning to offer. Natural wine & records on Mondays, hosting some pop ups with out of town friends, new menu drinks, events, etc, etc. 2021 should have some more major changes, but that feels like it will be about a lifetime away.

downtown miami jaguar sun miami bartender
Cats The Musical, Old Islay Scotch & Dorks: Drinking With Will Thompson of Jaguar Sun2019-05-092019-05-09https://thirstymag.com/wp-content/uploads/2016/04/thirsty-nyc-logo-1.pngthirsty.https://thirstymag.com/wp-content/uploads/2019/05/will-thompson-feature-2.jpg200px200px
About
Tara Fougner
Co-Founder of thirsty, Tara Fougner has over over 15 years of industry experience and a passion for the global beverage community. One might think that Tara was destined for beverage media as her great-grandfather, G. Selmer Fougner, is credited by David Wondrich as being "America's First Drinks Writer." A lifelong New Yorker, you can usually find her hunkered down on some barstool around the world chatting up the bar crew about their beverage program and endlessly taking pictures of drinks for the 'gram. In 2020, Tara was honored by Drinks International on their 'Top 100 Most Influential In the World' List. 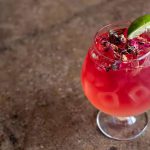 5 Floral Cocktails For Spring Around the CountryFeatures 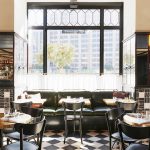