An insider tells us that Grace Bar, the Murray Hill watering hole with all-female mixologists, is getting ready to close. Named after Grace O’Malley, a 16th-century Irish pirate and chieftain, the bar opened with cocktails from Meaghan Dorman of the bar Raines Law Room; Jane Danger of the NoMad; Jane Elkins, formerly of Booker & Dax; Franky Marshall of the Dead Rabbit and the Tippler; Ivy Mix of Clover Club; Eryn Reece of Death & Co. and Mayahuel; Lucinda Sterling of Middle Branch; and Pamela Wiznitzer of the Dead Rabbit.

Meanwhile, another tipster reveals that the team behind Wilfie & Nell, Sweet Afton, The Wren, Penrose and Bua will open a new concept in the former Oliver’s City Tavern space on West 4th and Barrow. Stay tuned for more details.

Lastly: there is construction going on at the old Centro Vinoteca. We hope it’s going to be a place with lots and lots of delicious drinks, natch. 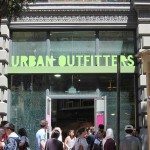 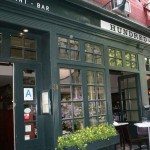