Women Celebrating Each Other for Women’s Day 2018

On March 8th, we celebrate International Women’s Day 2018.  This year is an extremely exciting time as we are feeling the momentum of stronger tides to create positive change, stronger than many of us have ever felt in our lifetimes.  With the #MeeToo and #TimesUp movements, females are banding together en mass, hand in hand to march forward against the patriarchy to demand equality.

The hospitality industry is chock full of strong powerful women, many of whom have lived through and are continuing to fight an uphill battle against sexism, misogyny and inequality.  To celebrate female empowerment and unity, we asked a few of our trailblazing friends to shout out other women whom they feel are making a positive impact in the community both professionally and personally and are emerging as the next generation of role models.

I’ll never forget the first time I met Pascaline Lepeltier. She had first come to New York from France 10 years ago to launch Rouge Tomate, and develop their overall beverage program. At the time she was also studying to become an MS. As we spoke, her passion for the industry effervesced in a way that I had rarely experienced before, and it immediately became clear to me that she was not only talented, but incredibly gifted as well. In her I recognized a fellow evangelist- a driven soul that given time, would break through the glass ceiling of NYC’s male-dominated wine world, while continually winning the respect of those all around her. As we speak, she is accomplishing exactly that- not just with real smarts, but also through kindness, humility, respect, and great integrity.

Last year she co-authored the 2017 “Dirty Guide to Wine” with legendary wine author Alice Feiring, a book with a true focus on terroir through dirt & bedrock. This year, she is running the wine program as a new partner in Racines, AND also collaborating with Nathan Kendall on a new label, Chëpìka wines. Her passion for terroir and sustainability comes alive as Chëpìka employs an ancestral production method, relying solely on the fermentation of organic grapes through only natural yeasts and without the use of modern technology.

This dynamic woman is outspoken, opinionated, driven, and authentic. Her concern about ethics and sustainability reaches far beyond wine, giving care to both ecology and in the business practices of corporations. Through her tireless efforts she has continually pushed the boundaries and become widely recognized as one of the leading lights in NYC’s wine world. With an early background in Philosophy, I consider her both a shining star and incredible role model– for those who seek the truth not just in wine, but in all things. And Chenin.

I want to nominate Rikki Nobre from New York City for my shout out. She oversees the beverages at Sweet Chick, has an incredible bartending background (including high volume venues like Acme), is an active member of the USBGNY and also of the bartender community at large.  During this time of movement and change, she has been incredibly vocal, to not only support women, but people of color and engages constantly in activations to support Black women (like the Von “going up” she did last year called “Black Girl Magic”). Also, she is a dynamic woman with a killer personality, sense of humor and strong leadership skills. I’ve been blown away by her grace and presence since I’ve met her and she continues to find ways to demonstrate just how much of an all star she is. She is certainly on the rise and I am excited to see how she will keep contributing to our causes, community and lead the charge on topics that many shy away from.

The first person that came to mind was Shannon Ponche. She has been a part of our bar team at Clover Club, and Leyenda, as our head bartender for a few years now. Shannon has a fantastic palate, and has created some of the most exciting, ground breaking cocktails on the Leyenda menus. Her daiquiri al pastor, and savory brunch cocktail offerings are some of the most impressive drinks I have experienced in the last year.

In addition to being a great bartender, she is very interested in learning the business of the bar, and understands that there is a lot to learn behind the scenes when it comes to running a successful bar. Shannon has an impressive work ethic, and isn’t afraid to put in long hours to get the job done. She is a force, and will be someone to watch in our industry for sure.

I would love to shout out Karri Kiyuna of WildHawk in San Francisco. Karri is a wonderful combination of the Girl Next Door and Boss Lady. I met Karri through Speed Rack a few years ago. The year she first won the California Regional, she turned down the opportunity, to go to nationals, to spend time with her now husband Chris while he was staging at NOMA. Clearly she has her work life balance in check and that selflessness comes through in her work!

Her love for her family and friends is also seen in the way she cares for her bar family. She is encouraging but firm, hard working, and leads by example. She is an open and honest support for the people in her community. Karri is never short on genuine smiles and her laughter infectious.

I want to raise a glass to Amanda Saladino. She is a bartender at The Hawthorn in Boston and has been there since the beginning. She started out as a host and since then has become one of the best bartenders in our city. Sitting at her bar is one of the great blessings in the city of Boston. Her charm, wit and attention to detail make her not only a remarkable bartender, but a great person to enjoy a drink with.

I want to give a shout-out to Laura Maniec, the owner or three Corkbuzz Wine Bars. Not only is she a badass female sommelier changing the game for all us ladies out there, she is also a Master Sommelier and sits on the board of the Court of Sommeliers, one of the few women to do so. At her flagship Corkbuzz in Union Square is where I first met her, after I had broken a glass at a wine tasting. The shatter send waves of humiliation through my body as the whole room grew silent. Laura, however, didn’t seemed bothered. Instead she walked over, started to clean up the glass herself and smiled at me, “Don’t worry, I don’t mind.” In a world where females in power positions are hard to come by, these women can sometimes grow calloused and fierce, having clawed their way to the top. However, Laura is a different breed altogether and represents a new generation of female sommeliers –– kind, encouraging and laidback. She has brought many other talented female sommeliers up into the world through Corkbuzz community, such as Rebecca Flynn (of Eleven Madison Park) and Alexandra Masanotti (of Jean Georges). Her restaurants continue to inspire consumers and professionals alike to develop a curiosity for the grape.

I would say Shannon Ponche fits the bill for this Women’s Day shout out. She is the bar manager at Leyenda, where she’s come up with some uniquely delicious drinks. Her creativity behind the bar is matched with calm but friendly persona behind the bar. She can make a very busy bar feel totally under control & keep service smooth. Shannon & the ownership team are committed to an inclusive staff, creating a welcome environment for all and keeping women’s issues in the conversation in our industry and I’m so happy they are professional friends but also my neighborhood spots!

I would like to celebrate Tanya Bird as one to watch in the industry.  She is an employee of Middle Branch, and I have seen her grow over the last few months into a team leader, enthusiastic bartender, and future contender for her own gin distillery. She takes on the challenges thrown her way pragmatically and with sensitivity to the needs of her guests and coworkers in tandem. Her cheery disposition is a welcome characteristic in the customer service scene. Never does she refuse to pick up a shift, or chip in during a shift where needed!

I would have to say Elyse Blechman based out of Houston, Texas. She just left the bartending world and is now working for The Macallan, but her drive and grace are very inspiring to me. She competed in and won Speed Rack Texas last year and came in 2nd in the finals. She dedicated her time and effort into it and the results showed. She also is just a champion to the women around her and I see her as hard worker who can lead a path for others.

I would like to nominate Noelle Bruno as an up and coming force to be reckoned with in the world. Noelle is relatively new to craft bartending, but has worked a multitude of styles of bars in numerous roles. Currently, you can find her behind the bar at Genghis Cohen in Los Angeles, California. When you find her, she is most likely smashing out martinis and mai tais whilst making jokes that crack both you up. She is passionate about endlessly learning more about our industry, while maintaining a very healthy work/life balance which is oft overlooked. Perhaps the reason why this “fire sign” has such an alluring effect on those who sit at her bar is due to her mastery of that very thing. Outside of work, Noelle is the owner and founder of a performance collective known as Wicked Woman aimed at empowering females through performance, art, and design while providing evocative entertainment for their audiences.

Bartenders Celebrity women's day
Women Celebrating Each Other for Women’s Day 20182018-03-082018-03-08https://thirstymag.com/wp-content/uploads/2016/04/thirsty-nyc-logo-1.pngthirsty.https://thirstymag.com/wp-content/uploads/2018/03/womens-day-feature.jpg200px200px
About
Tara Fougner
Co-Founder of thirsty, Tara Fougner has over over 15 years of industry experience and a passion for the global beverage community. One might think that Tara was destined for beverage media as her great-grandfather, G. Selmer Fougner, is credited by David Wondrich as being "America's First Drinks Writer." A lifelong New Yorker, you can usually find her hunkered down on some barstool around the world chatting up the bar crew about their beverage program and endlessly taking pictures of drinks for the 'gram. In 2020, Tara was honored by Drinks International on their 'Top 100 Most Influential In the World' List. 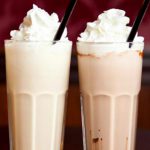 4 Places To Get Boozy Desserts in Los AngelesFeatures 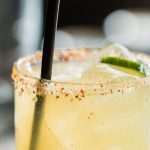