In the age of shows like Mad Men and Parks and Recreation, scotch has become a cultural reference and staple drink for the powerful, manly-men character leads.

Fear not, my whiskey lovin’ ladies! For those of us that swig whiskey gingers and are not intimidated by drinking with the big boys, we’ve complied a list of gateway scotches and how they’re best enjoyed.

A quick history first, because you’ve got to know where it’s been to know where it’s going: The spirit’s name, Scotch, comes from its exclusivity to Scotland. Each scotch needs to be produced and aged in Scotland for a minimum of three years before it’s earned its title as a scotch. Although it is only distilled in this fine nation, it is enjoyed globally.

Typically, Scotch is the product of an individual distiller and each batch is drawn from a number of casks but the ‘age’ of the bottle is the age of the youngest cask in said bottle. So, imagine going out with a group of friends of all different ages (all above legal consumption age of course!) and although you may be in your late 20s/early 30s, your entire group is considered the youngest age, let’s say 22. But because of your different maturity, you all come together and seamlessly combine to make one damn good group of gals.

Because of the usually peat-y and earthy tones of most scotches, it can be quite a leap to enjoy neat if you typically drink whiskey or lighter spirits. But now that we’ve got the basics down, here’s a few cocktails to ease you into the realm of scotch: 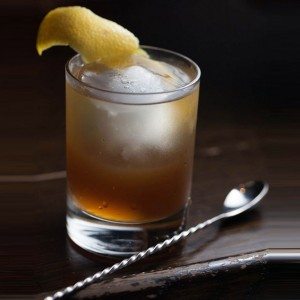 Another easily enjoyable cocktail with scotch is Penicillin. Despite its medicinal name, the cocktail is a flowery mix of lemon and honey-ginger and mixes perfectly with Johnnie Walker Gold Label Reserve or Laphroiag. Both scotches typically have a lighter, clean finish that nicely compliments the soothing taste of honey. (2oz Johnnie Walker Gold Label Reserve OR Laphroiag, ¾ oz lemon juice, ¾ oz honey, 3 sliced of muddled ginger) 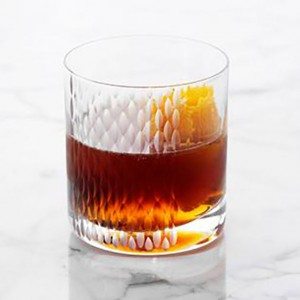 If you’re feeling a bit more daring or already a fan of a Manhattan (whiskey, vermouth, bitters and an orange peel) try a Rob Roy, which is essentially the same cocktail but made with scotch. (1 ½ oz of the scotch of your choice, 5/6 oz sweet vermouth, dash of Angostura Bitters) 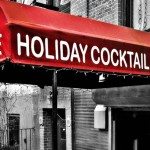 The Magic of Monte – An Old Classic, RemixedBarstool Review, Features 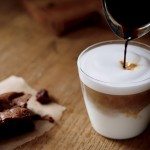 How can a Latte be a Macchiato?Features