Ghoulish Halloween Drinks From Across The Globe

Halloween, as we know it, is not traditionally celebrated outside the U.S. but, like much of American pop culture, the holiday is starting to run amok all over the world. The creepy, kooky crossover is partially noticeable behind the bar.

This Halloween season, check out these unexpected ghoulish drinks from around the globe. 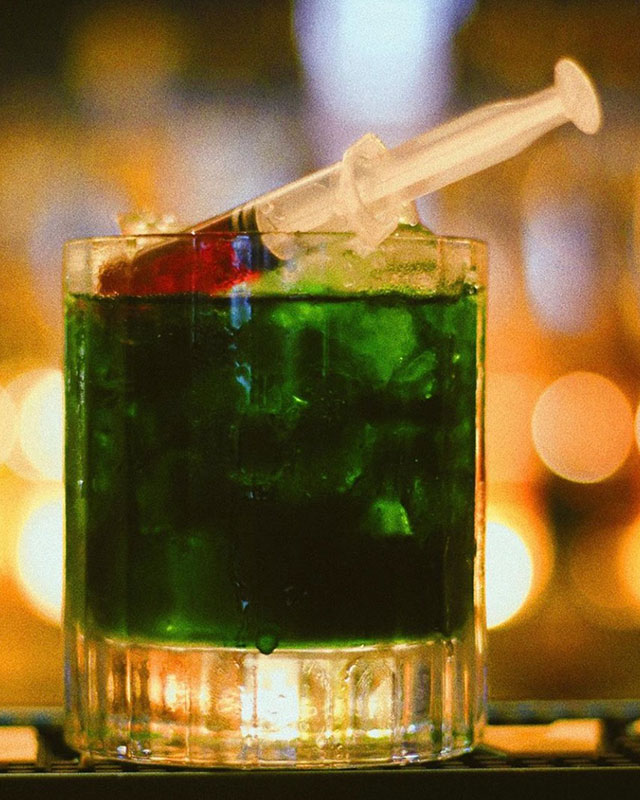 Things are getting eerie in Essex at Tom, Dick and Harry’s! The neighborhood staple in the heart of Loughton is known for its modern small plates, an unrivaled selection of Provence rosés, a build-your-own Bloody Mary bar, live music, an alfresco terrace, piano lounge and more. This October, it administering the Lethal Injection, a ghastly green Halloween themed cocktail made with vanilla vodka mixed with kiwi and melon liqueur. 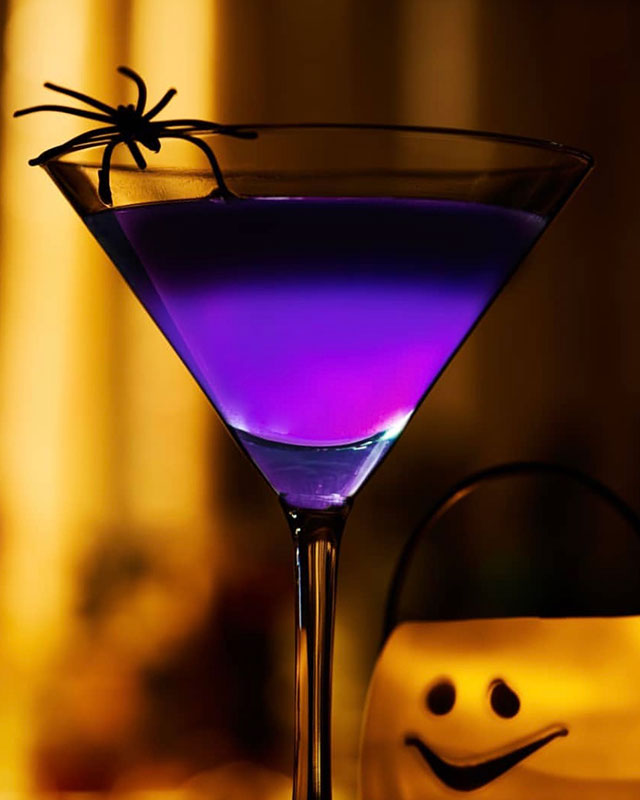 Located in the Kansai region of Japan’s main island, the Takarazuka Washington Hotel is a popular destination along the Muko River. The restaurant-bar at the top of the hotel boasts beautiful views, live piano performances and creative cocktails like the Nightmare. The sinister seasonal sipper is made with Blavod Black Vodka, violet Parfait Amour liqueur and a combination of Asian medicinal herbs, giving it is dark display yet soft and smooth taste. 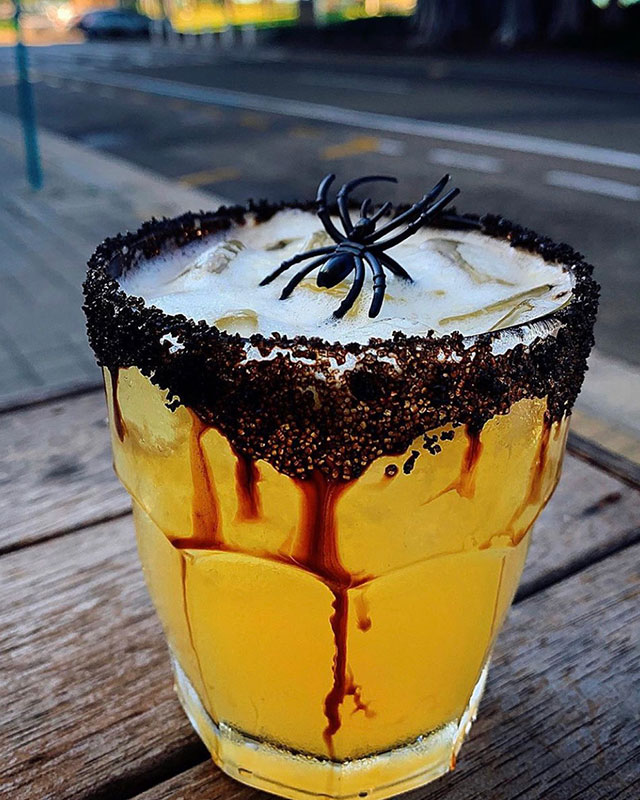 Halloween is alive and well in the land down under! Australia is known for its many creepy critters so for the spine-chilling season. Watermark Townsville created the Spider’s Nest made with egg white, Candian club, Cointreau and lemon juice and served with an eight-legged. Get super into the spirit and enjoy it at Watermark’s Halloween Spooktacular Party on Saturday, Oct. 26 which will feature costume contests, eats, beats, trick or treats and even more hellish cocktails. 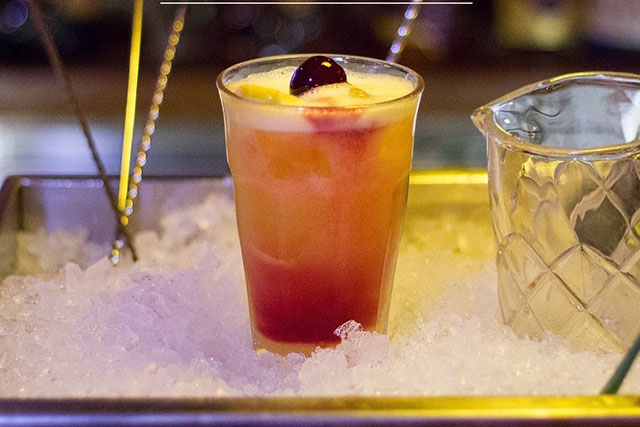 Believe it or not, you can trick or treat in Middle East, at least for cocktails! At Pacifico Beirut, one of the only Mexican spots in Achrafiye’s trendy Mono area Mexican spots, the bartenders have whipped up the Halloween Sunrise for the season. The drink is a wicked mix of tequila, fresh orange and fresh pumpkin, a dash of homemade grenadine and a bit of chili.

Essence of Fall at Barchef, Canada 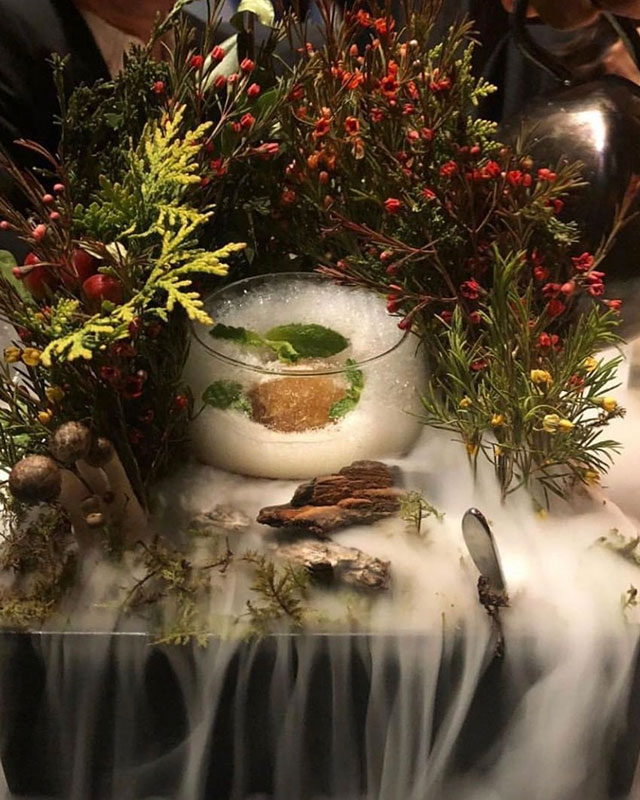 At BarChef in Toronto, the popular and very Instagramable cocktail “Essence of Fall” has returned to its menu. The drink has the aesthetic of a haunted Ontario forest floor, fresh moss, aromatics of cedar, damp woods, mushrooms paired with flavors of brandy, balsam fir bitter, rosemary, maple and Fernet Branca, orange blossom and fresh mint. The aromatic fog technique, where the density of the gas from the sublimation of the dry ice allows the aromatics to rest on the surface area of the liquid, adds an out of this realm spooky element. 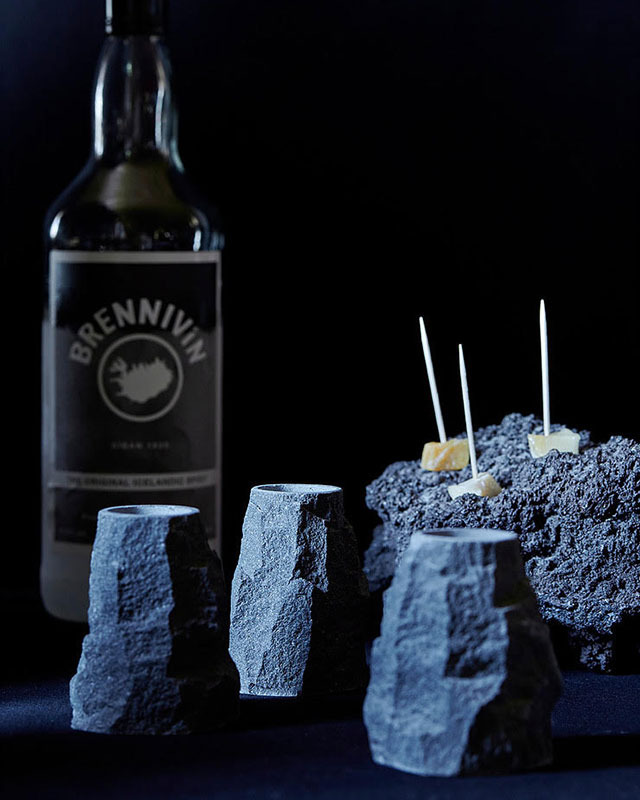 Hotel Ranga, a lux lodge in the countryside of South Iceland, is surrounded by active volcanoes. One trademark of staying at this amazing property is that they serve the Icelandic spirit, Brennivín, also called Black Death, in glasses carved from Icelandic basalt- custom made for the hotel. Brennivín is an unsweetened schnapps seasoned with caraway, cumin, and wild angelica. It has a very distinct taste and is normally a staggering 80 proof which means it packs a mighty Viking punch. The Hotel Ranga glasses are handmade, carved with a hammer and chisel by a local stonemason, so every shot glass is unique. Basalt is a dark, fine-grained volcanic rock and the glasses are crafted to look like the crater and cliffs seen throughout the land of fire and ice. Plus, the basalt gets frosty when frozen and guests can even take a pair home with them. 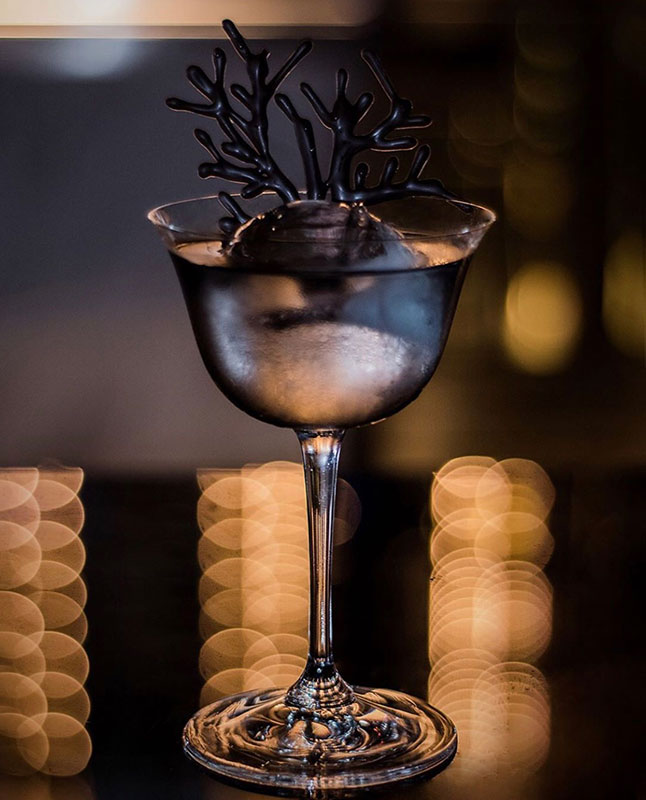 Indonesia is a mystical place itself so it is no surprise its cocktails can be equally as entrancing. At nightlife hotspot Hakkasan Jakarta, wander over to the bar and find the Abandoned Tree made with Banana Sous-Vide Dark Rum, sweet vermouth, falernum, chocolate bitters, activated charcoal and garnished with homemade chocolate dress. It’s swanky, sweet and spooky all at once. 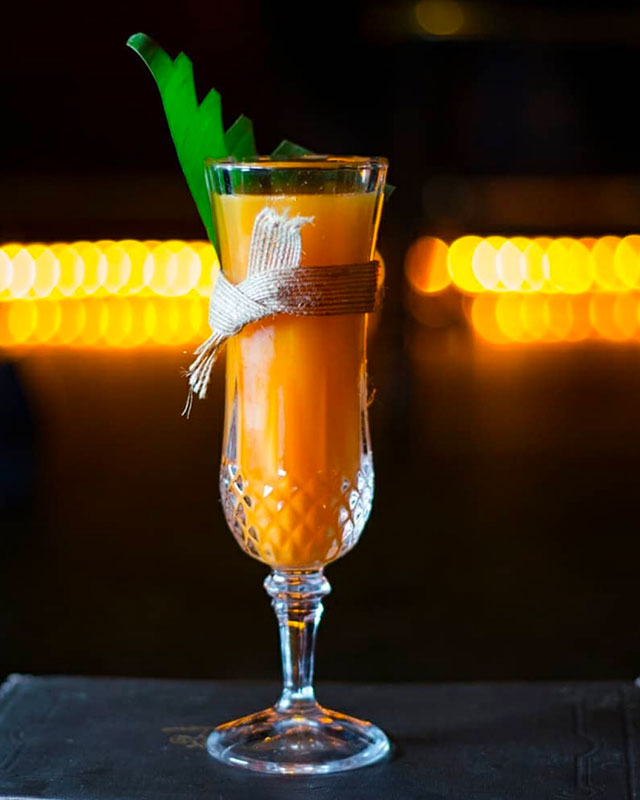 Hanky Panky is an ultra-stylish members-only cocktail establishment in Mexico City’s burgeoning craft nightlife scene. As a speakeasy, the La Juarez bar cannot boast its address but can be contacted through telephone to make a reservation. The dark and sexy lounge is adorned with wide sexy red chairs with bronze rivets, minimalist lamps and dim lighting. This fall, take a stab at pumpkin hued and morbidly named Death In Venice. The killer cocktail is made with Mezcal, peanut Aperol, carrot, mango, lime and Prosecco. 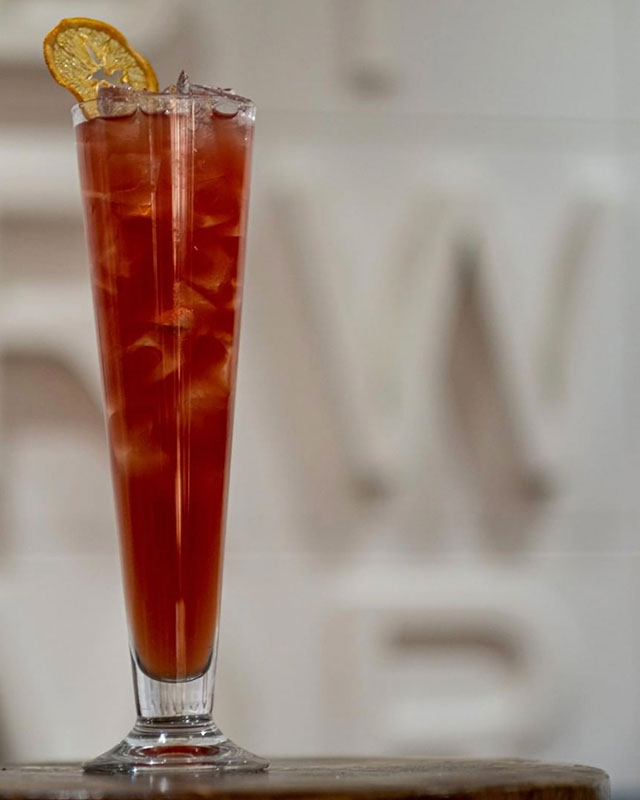 A coffee bar, cocktail bar, restaurant and entertainment venue, News Cafe in the surf town of Port Elizabeth is all about the “vibes.” The music is vibey, the waitrons are vibrant and the drinks are prepared with flair and vibrancy. For those who aren’t afraid to be bad, indulge in the 7 Deadly Sins, a potent potion made with Jack Daniels, Russica Bear Vodka, Amaretto Disaronno  Liquor, Southern Comfort Tanqueray Gin, Butlers Triple Sec, Bacardi White Rum, lime cranberry juice and orange juice. Just don’t have too many or you may be left with a hellish hangover.

The Wizard at Keep Bar at Kilkea Castle, Ireland 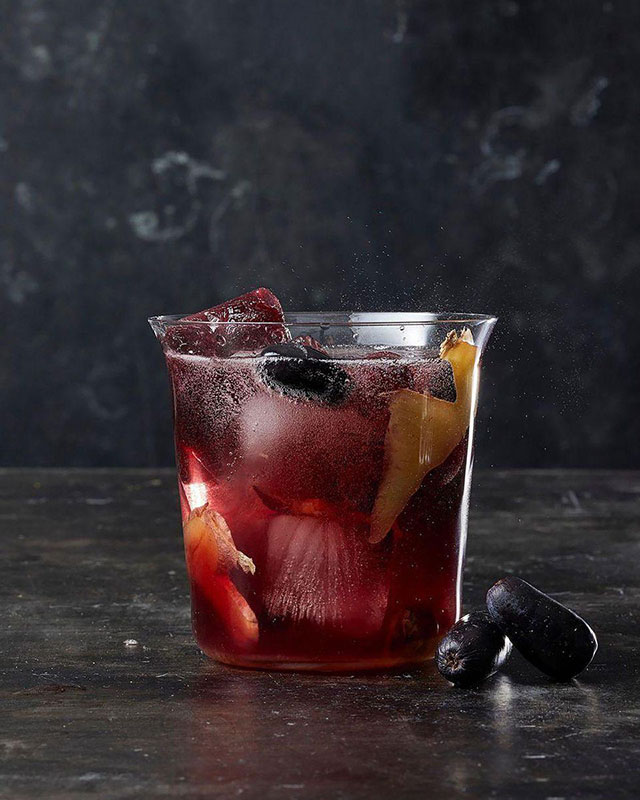 With history dating back to 1180, Kilkea Castle in Castledermot, Ireland was once the medieval stronghold of the FitzGerald’s, Earls of Kildare. Located an hour outside Dublin, it stands proudly welcoming guests as a resort, dining destination, golf course and fairytale wedding venue. The Castle’s bar, The Keep, is located on the ground floor and serves up The Wizard cocktail, inspired by the Earl who was known as an astrologist, scientist, alchemist and sorcerer. It’s a magical mixture of Prosecco, black seedless grapes, pomegranate, brown sugar and fresh ginger. 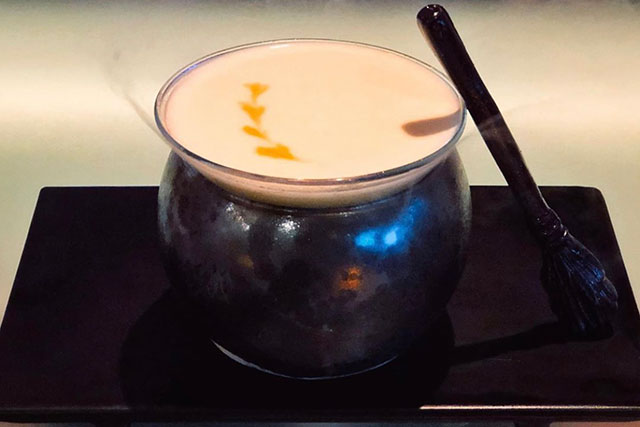 Inside the iconic Kowloon Shangri La hotel, Tapas Bar is a chic spot serving up stylish cocktails complementing the enchanting views of Victoria Harbour and Hong Kong Island.. Get Spellbound this Halloween with the Witches Brew cocktail made with vodka, Frangelico, milk and homemade match syrup.

What To Drink at SEED Food + Wine Week in MiamiFeatures