As the current administration has been widely criticized for its snail’s pace response to the humanitarian crisis in Puerto Rico following the devastation from Hurricane Maria, many others are stepping up to the plate.  TIDAL, the global music platform lead by JAY-Z, announced that they would be partnering with BACARDÍ Rum in joining Governor Andrew Cuomo’s Empire State Relief and Recovery Effort.  They will be covering the cost of cargo planes desperately needed to transport desperately needed donated goods to Puerto Rico from now through October 17th.

TIDAL also announced that BACARDĺ rum will be the presenting sponsor of TIDAL X: Brooklyn. As part of the sponsorship, BACARDĺ has committed $1.3 million specifically to TIDAL X: Brooklyn charities. This is in addition to the Bacardi family and company’s previously announced $3 million in general disaster relief support for local relief agencies supporting communities impacted in Florida, Puerto Rico, other islands in the Caribbean, The Bahamas and Mexico.

“This partnership with TIDAL: X touches on two areas that are very close to our heart – music and philanthropy. BACARDĺ is proud to play a part in raising awareness and funding for the regions affected by these terrible disasters, including Puerto Rico, Florida and the Caribbean region — all homes to our family and company,” said Facundo L. Bacardi, Chairman, Bacardi.

Governor Cuomo said, “After seeing the terrible devastation in Puerto Rico and the U.S. Virgin Islands firsthand, it is clear that those affected by these natural disasters need our help more than ever. We in New York are putting the full weight of our resources behind recovery efforts, and I am grateful to TIDAL X: Brooklyn and its sponsors for joining us and helping to deliver much-needed goods to people in desperate need. We must do everything we can to help these communities rebuild, and I encourage all New Yorkers to join us in our efforts.”

How Donate Goods to the TIDAL x BACARDĺ Relief Efforts

If you would like to donate goods, find out locations nearby HERE

Fans worldwide will be able to learn more, purchase tickets, tune-in to the show and participate in fundraising efforts at TIDAL.com/BROOKLYN. One hundred percent of ticket proceeds will be donated to organizations including: The Empire State Relief and Recovery Effort for Puerto Rico, Global Giving, All Hands Volunteers, Kids in Need Foundation, Direct Relief, One America Appeal, Greater Houston Community Foundation, American Civil Liberties Union, Miami Community Foundation, Habitat for Humanity in Puerto Rico, and more.

About the Empire State Relief and Recovery Effort for Puerto Rico

Following his visit to Puerto Rico to deliver emergency supplies and see firsthand the widespread damage and devastation from Hurricane Maria, Governor Andrew M. Cuomo launched the Empire State Relief and Recovery Effort for Puerto Rico. The effort brings together a wide range of civic, business and industry partners to provide needed services, goods and funds to help the people of Puerto Rico recover and rebuild, and provides opportunities for New Yorkers to contribute to the relief efforts. Governor Cuomo is the honorary chair of the effort, with Jennifer Lopez, Congresswoman Nydia Velázquez, Assemblyman Marcos Crespo and Cesar Perales serving as co-chairs.

Learn more about how and where to donate goods to The Empire State Relief and Recovery Effort for Puerto Rico in the New York area HERE.

Bacardi Charity hurricane relief puerto rico
TIDAL and BACARDÍ Rum Team up for Puerto Rico Hurricane Relief2017-09-292017-09-29https://thirstymag.com/wp-content/uploads/2016/04/thirsty-nyc-logo-1.pngthirsty.https://thirstymag.com/wp-content/uploads/2017/09/hurricane-maria-feature.jpg200px200px
About
Tara Fougner
Co-Founder of thirsty, Tara Fougner has over over 15 years of industry experience and a passion for the global beverage community. One might think that Tara was destined for beverage media as her great-grandfather, G. Selmer Fougner, is credited by David Wondrich as being "America's First Drinks Writer." A lifelong New Yorker, you can usually find her hunkered down on some barstool around the world chatting up the bar crew about their beverage program and endlessly taking pictures of drinks for the 'gram. In 2020, Tara was honored by Drinks International on their 'Top 100 Most Influential In the World' List. 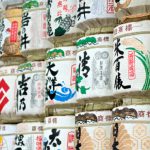 Celebrate World Saké Day In L.A. At These Six SpotsFeatures 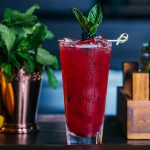 What to Drink on National Vodka Day in MiamiFeatures