The Essentials of Pineau des Charentes

We have been showcasing Pineau des Charentes and its rise in cocktail and bar culture and this past October, we celebrated Pineau Month along with the Pineau Academy. As so many bartenders consider Pineau des Charentes a secret weapon ingredient, we focus a spotlight on this unique product from France that sits somewhere in the taste and content world between spirit and wine. With so much intrigue and interest from beverage enthusiasts, we want to take opportunity to learn more about the drink, the unique nature of its production, how to incorporate it into cocktails and beverage programs and ways to enjoy it on its own at home.

If exploring Pineau interests you, be sure to keep track of vintages, cocktail recipes, and interviews with enthusiasts and creators by learning more at the Pineau Academy. 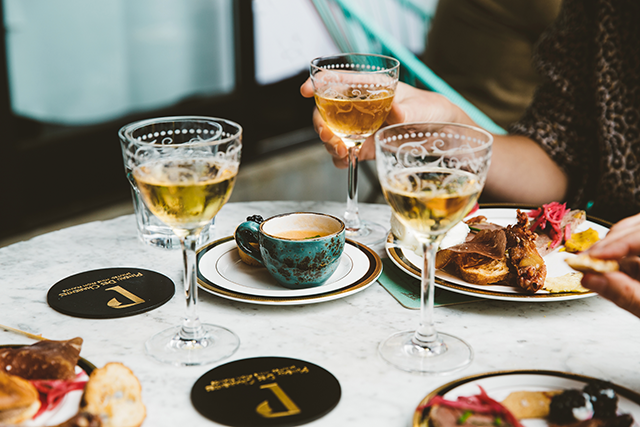 A Happy Accident of Creation

Hailing from a famed region of France that is well known for grape production and distilled grape spirits, Pineau des Charentes is made from a combination of fresh grape juice and eau-de-vie from Cognac. Legend stipulates that its creation was more of a happy accident than a genius innovation. In the late 16th century, a wine-grower somewhat carelessly threw grape must into a barrel containing eau-de-vie. Years later, the barrel was discovered, and a unique drink was fortuitously born – a limped wine with golden hints that would come to be known as Pineau des Charentes.

Naturally over time this process has matured and perfected resulting in the Pineau des Charentes that enthusiasts know and enjoy today. Cellar masters have fine-tuned the production process until the process of creation could be trusted at the highest level. In 1945 Pineau des Charentes received Appelation d’Origine Contrôlée status guaranteeing the quality, technique, and origin of the beverage.

That’s not to say that innovation is stifled. Today’s producers continue to add to the craft while still using time-honored traditions. At its core though, Pineau des Charentes is defined by its locale and it continues to be made in the Charente and Charente-Maritime regions of France (the same areas in which Cognac is produced), with grapes such as Ugni Blanc, Colombard, and Folle Blanche forming the base of the wine.

The Production of Pineau 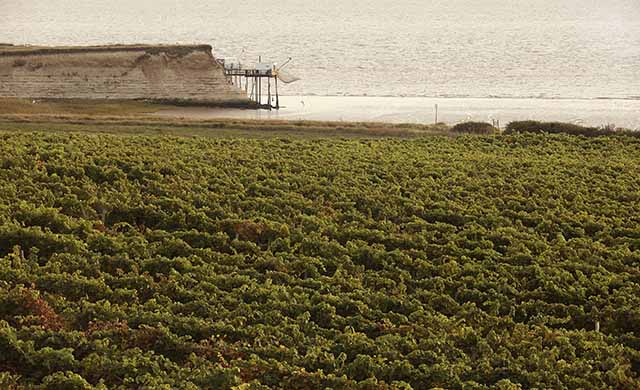 Embracing its roots mystique and reverence, the creation of this one-of-a-kind drink relies on close adherence to traditional production methods. The grape juice and eau-de-vie from Cognac must come from the same estate.

There are five steps to the production of Pineau des Charentes. First, grapes are harvested for a little over a month starting in late September. The grapes are then pressed; white ones directly after harvest, and red ones following several hours of maceration, to extract color from the grapes.

Lastly, due to its AOC status, Pineau des Charentes is exclusively bottled within its home region.

Pineau in the Mixologists’ Arsenal

While Pineau des Charentes enthusiasts would be the first to highlight the drinks range and versatility, there are traditional ways to enjoy the beverage. In the past Pineau neat has been served with a slight chill or an ice cube to bring temperatures to an even 50 Fahrenheit. Younger Pineau may be enjoyed more as an aperitif whereas aged Pineau can function as an accompaniment post-dinner.

While the first sip of Pineau is lively and reviving, the second gives a sweetness and aromas like nuts, vanilla and honey that fully envelops the palate. The longer the aging period the longer this taste lingers. 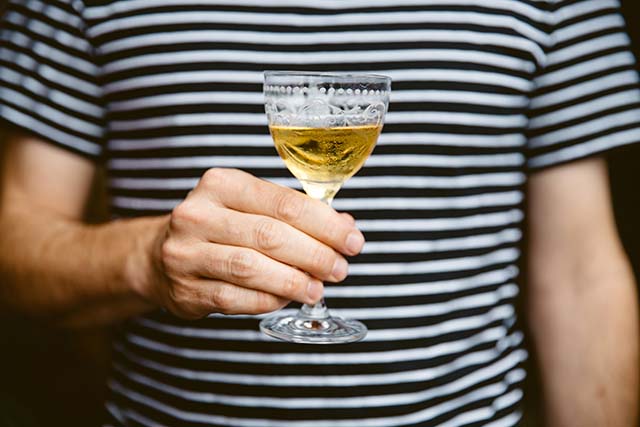 While traditionally enjoyed neat, bartenders have recently trended towards incorporating Pineau des Charentes into cocktails. The bright flavors of the wine are incorporated nicely into the fall season, working well with apple or cinnamon libations.

Pineau des Charentes White is the perfect addition to a wide variety of cocktails” admits cocktail enthusiast Paul Zahn. “The flavor profile lends itself to some of my favorite types of cocktails – low ABV spritzes! The cognac influences also makes Pineau great for autumn and winter libations – the brightness of it paired with my cinnamon pear infused cognac really makes for a delicious drink.”

Yogi bartender Kitty Corbo expands on the flavor possibilities, “I love making cocktails with Pineau des Charentes because of its rich but delicate flavor profile and versatility. Its complexity pairs well with so many different ingredients making it easy to explore new variations of old classics. The intensity at first taste opens up into soft, enveloping notes as you sip. Being a lower proof, it is a wonderful base for low-abv cocktails.

Cocktails like Conveyance by Richard Allison truly demonstrate the versatility of the wine. White Pineau, white rum, pineapple syrup, lemon juice, and bitters collaborate for a brighter cocktail than one would expect. “This cocktail will transport you to a happy moment—no matter where you are presently. The bright and complex flavors of Pineau des Charentes pair beautifully with the warm, tropical tastes of pineapple, rum and Meyer lemon.”

Creations like the Quai Des Brumes incorporate Rose Pineau along with rye whiskey, Amaro Averna, and Amaro Sfumato for a strong but smooth finish. Pineau White works well rum, lime juice, passion fruit, and mango for picturesque and fruity concoction that will transport you back to warmer summer days.

How to Pair with Food 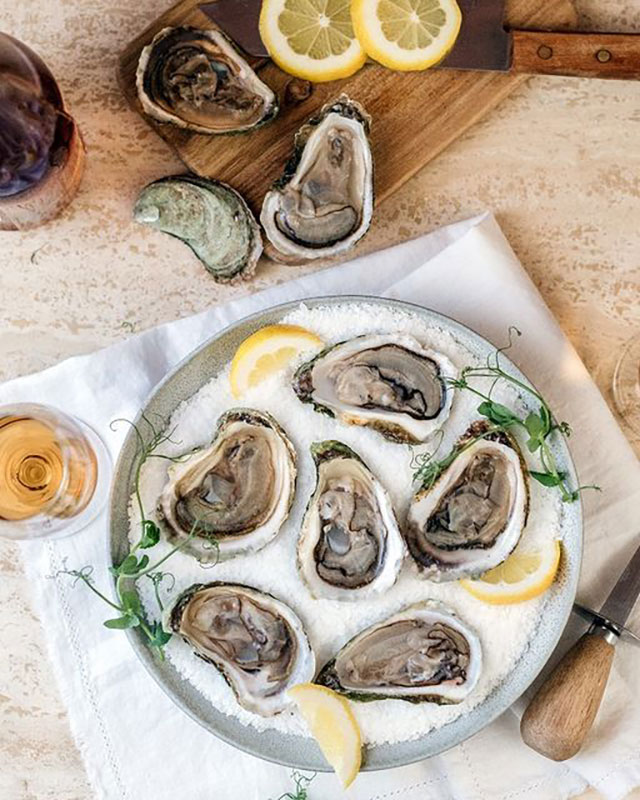 The possibilities for food pairing remain wide open given the range of Pineau’s and the variety of cocktails it can function in. White Pineau works well with oysters, prawn skewers, and other fish dishes while Red’s and Rose’s work nicely with red meat, cheese and sweets like custards, creams, and chocolates.

fortified wine partner Pineau des Charentes Pineau Month
The Essentials of Pineau des Charentes2021-11-162021-11-16https://thirstymag.com/wp-content/uploads/2016/04/thirsty-nyc-logo-1.pngthirsty.https://thirstymag.com/wp-content/uploads/2021/10/pineau-feature.jpg200px200px
About
Spencer Lambert
Spencer loves IPA’s and corny 80s action movies, enjoyed at the same time if he can help it. He thinks of himself as a student of high-quality drinks and an expert on cheap ones. You can find him traversing New York City in search of the perfect beer+burger combo, a search that he hopes will last a lifetime.

A Guide to Drinking and Dining at Resorts World Las VegasFeatures