There is no denying that Greece is a global hotspot these days. After a two-year lockdown, people are once again flocking to the picturesque Southeast European country to explore all that Greece has to offer. And along with stunning beaches, picture-perfect villages and some of the freshest, most delicious food, there is something else that makes Greece so special: the wine.

Greece is one of the oldest wine-producing regions in the world and while the various varietals produced there may not be as well-known as, say, ones from Italy or France, Greek wine is having a moment — one that is sure to stay.

“Greece is a country that has been producing wine for thousands of years, and wine has been of cultural significance for millennium,” explains Johnny Livanos of Diamond Wine Importers. “While Greece is a relatively small country, there are dozens of unique regions that focus on a variety of indigenous grapes, each with their own distinct qualities and flavor profiles. This immense history and diversity of the country makes it a wine region where exploration is constant. There is always something new to explore.”

The next region to explore: Northern Greece. 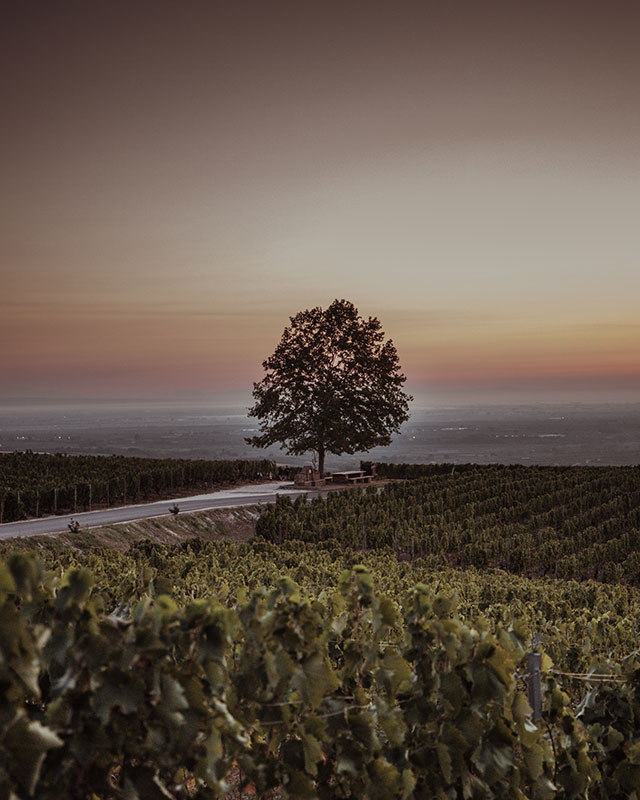 The Wines of Northern Greece

There are many unique appellations that make up the wine region of Northern Greece.  Characterized by higher elevation, slightly cooler weather, and a variety of soil types and terroir, the regions of northern Greece produce a multitude of wine styles.  Some of the most important regions that make up this are are PDO Amyndeon, PDO Naoussa, PGI Macedonia, PGI Florina, and PGI Imathia.
Amydeon and Naoussa are two PDO wine appellations based in the hills of Macedonia, northern Greece. Both regions are a little over an hour’s drive west of the regional capital, Thessaloniki, and dedicated to the noble red grape xinomavro.

In 1971, Naoussa became Greece’s very first wine region to be given its own official appellation title (PDO Naoussa) and served as a model for the Greek appellation system. The classic Naoussa wine is a structured, savory red, made exclusively from Macedonia’s flagship red wine grape Xinomavro. It differs slightly from the reds made in PDO Amyndeon, which has a slightly cooler climate and produces xinomavro with a little more finesse and softness. Naoussa is arguably Greece’s most famous expression of Xinomavro wine, but the variety is also attracting attention through the wines of nearby Amyndeon.

Top quality xinomavro ranks among Greece’s very finest red wines with the best expressions inspiring comparisons with the Nebbiolo-based reds of Piedmont, which are both are high acid, age-worthy styles which are aggressively tannic in their youth. In both cases vibrant purple black coloring fades to brick or garnet at a relatively early age.

While xinomavro is king, there is so much diversity in the viticulture and terroir of northern Greece.

“In northern Greece, there is no dominant soil type, so each vineyard has a difference in terroir,” explains Livanos. “All this biodiversity creates even more subtle nuances from wine to wine.”  PGI Florina and PGI Macedonia are known for making very nuanced and unique white wines with local indigenous grapes like malagousia, as well as other popular Greek varietals like assyrtiko and roditis.

The cooler climate of these areas are also well suited for international varieties, such as sauvignon blanc and chardonnay.

PGI Imathia, which is the larger area that includes the vineyards of Naoussa, is located all around the eponymous town, on the eastern slopes of the 6730-foot Mount Vermion, the highest point in the Vermio Mountains. They are planted at altitudes between 1500-1100 feet above sea level. While xinomavro is king here, Imathia is also home to many other fantastic varietals, such as merlot and syrah.

“The fertile and varying soil types with the shelter of Mt. Vermion are the reason that these wines are so unique,” adds Chris Lampardaris of Stafili Wine Café. 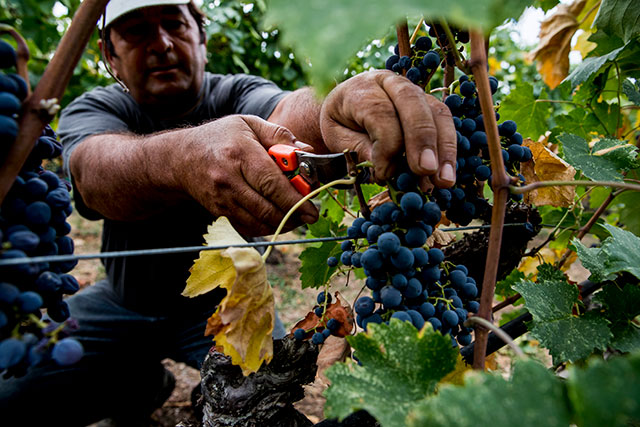 The best spots are those on south and southeast-facing slopes which make the most of all available sunshine. Unlikely as it might seem (given Greece’s reputation as a warm, sunny country) there are areas within the Macedonia viticultural zone which qualify as “cool climate” where grapes struggle to ripen.

Amyndeon, Florina, and Imathia’s climate is more continental (and less Mediterranean) than that found in most Greek wine regions. It is heavily influenced by the mountains that rise rapidly up to the west, and by the plain of Kambania to the east.

“The climate in northern Greece is very cold and rainy and during the night a very nice breeze coming down the mountain,” says Stelios Boutaris, CEO of the region’s Kir-Yianni winery. “The vineyards are located higher, with sandy, continental climate and it can get very cold.”

On one hand, the mountains shelter the area from cold winds blowing from the north and west down the Balkan Peninsula. On the other they create föhn winds, which draw in cool, damp air from the Aegean coast. Winters are particularly cold here; the Vermion ranges are home to several of Greece’s top skiing resorts.

The high elevation is a real differentiator of wines from northern Greece compared to other Greek regions.

“This is a slightly cooler climate region compared to the southern parts of Greece,” Livanos shares. “PDO Naoussa and PDO Amyndeon dedicated primarily to xinomavro – the noble indigenous red grape of Northern Greece and the red wines of Naoussa are jam-packed with bright acidity, robust tannins, and a level of depth and complexity. These are red wines you can drink while they’re young, but you’d really enjoy them after aging them for a few years. They have tremendous aging potential.”

Pruning techniques are used to control the naturally high yielding Xinomavro variety. The most quality conscious producers harvest yields much smaller than the appellation’s official thresholds. Site selection is also important. The best sites around Naoussa, Amyndoen, as well as Imathiahave well-drained, low-fertility soils that encourage the development of strong root systems.

To enjoy the variety of wines that the north of Greece has to offer, Kir-Yianni winery is a great option.

They have vineyards that span across the areas of Macedonia in Amyndeon, Florina, Naoussa, and Imathia.  With one property, you are able to try a multitude of varietals and expressions of the region.
Many trends that are happening in the wine world have been a part of Greece’s winemaking ethos for many years, says Livanos including “skin-contact wine, wine made with minimal intervention and indigenous yeasts, low-sulfite wine, and sustainably produced wines are trends we’re seeing take over the wine world. 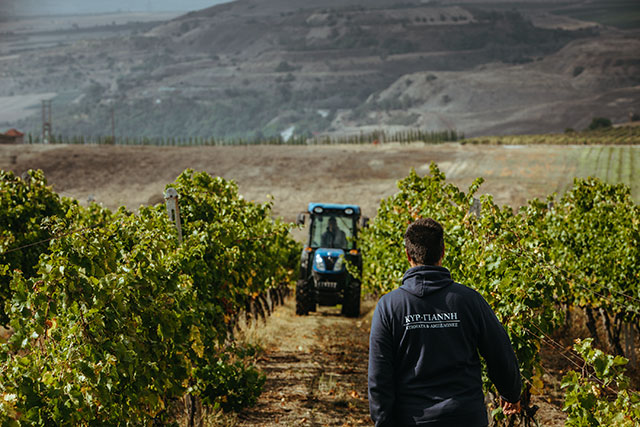 When it comes to enjoying wines from northern Greece, expect a product like no other. “The exploration of unique local varieties is something we’re seeing more of,” Livanos says. “Some of our producers are using rare and unique varietals in new bottlings to showcase the diversity of Greek wine.”

The use of local yeast is also helping to create a dynamic wines. “We are seeing more usage of fermenting wines with native yeasts,” adds Livanos. “Indigenous yeasts provide a full, complete picture of what the local terroir is all about, making distinct wines with a sense of place and purpose. Wild yeast fermentation is one of my favorite trends we’re seeing across many of our producers in Greece.”

When it comes to wines from Northern Greece, Greek wine expert adds: “Made from the iconic Xinomavro grape, the incredible nuance, complexity, and ageability of the wines from Naoussa set them apart. Like a fist in a velvet glove, they have deep power coupled with outstanding finesse.”

What really sets these wines apart is their low-key production methods. “Greek wine is not cheap because we don’t have mechanical harvests and we grow on smaller parcels of land,” says Boutaris. In order to compete in the global market, he says, Greece needs to “focus on premium, on-premise, sommelier driven clients —smaller tavernas with great food and great ingredients.” 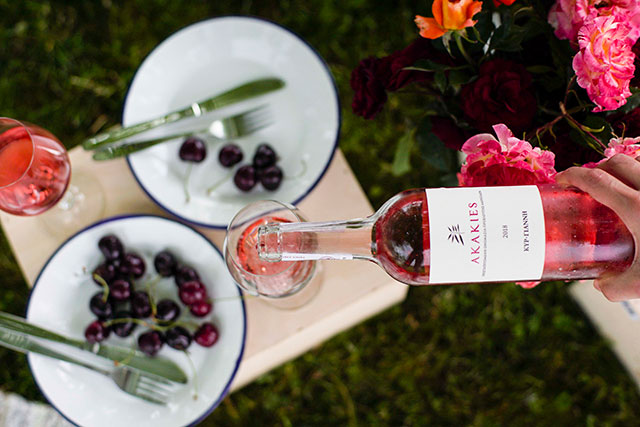 Lampardaris of Stafili Wine Café explains, “Naoussa is a mono-varietal appellation, dedicated entirely to Xinomavro. This is the area where Xinomavro produces some of its best wines with amazing depth, complexity and possibly the longest ageing potential of any Greek dry red. Several 30, 40 or even 50 year old bottles, stand as proof.”

“Naoussa produces some of the world’s most complex, aromatic and age-worthy reds,” Lampardaris continues. “Wines that burst with flavors of cherry, rose petals, sundried tomato, dark chocolate, tobacco, nutmeg and clove with a texture that’s both sensual and severe.”

He recommends pairing wines from Naoussa with bold flavors. “Wines from Naoussa can be best enjoyed when they are cellared. Pairing this wine with red meat, game, dry aged steak, cheesy pastas and mushroom risotto.”

Greek wine expert Evan Turner adds: “Try to find wines with some bottle age, you will be greatly rewarded. The wines of Naoussa do not yell or scream, they will not bludgeon you with clumsy flavors. These are wines to have a refined conversation with, to lean into. They remind me of the Goddess Athena: elegant and wise, yet deadly with precision in battle. Xinomavro from Naoussa is not to be trifled with.”

One thing is for sure: wines of Northern Greece are having a moment but they are deeply embedded in Greek culture and are here to stay. “Greece has been making wine this way for centuries,” says Livanos. It’s part of the Greek ethos – a respect for their land and for nature is at the heart of what they do.”

Wines from PGI Macedonia, PGI Imathia, PDO Amyntaio — and other Greek regions — can be ordered by visiting shop.diamondwineimporters.com.