Anyone making a trip to San Fransisco knows that a visit to Trick Dog in the Mission District is mandatory. Opened in 2013, the bar – helmed by Morgan Schick and Josh Harris – has been nominated for James Beard Foundation Awards for Outstanding Bar Program, is a perennial staple on the World’s 50 Best bar lists and is an all-around fave in the city.

Before becoming a bartender, Schick was a cook in Portland, Oregon. He then made his way to San Fran, where he worked with Michael Mina and Nopa before joining cocktail consultants The Bon Vivants. In addition to thinking up many of the incredible tipples on offer at Trick Dog, Schick owns his own consulting company, Jupiter Olympus.

To keep things exciting, the menu at Trick Dog changes every 6 months, and the new one – dubbed Trick Dog Airways – pays homage to aviation, with cocktails named for international airports. The tri-fold menu is a riff on in-flight safety cards, featuring drinks created by Schick and Harris with a balance of playfulness and thoughtfulness. Sales of the creative menu benefit Seven Tepees Youth Program, to which Schick and Harris have donated over $32,000. 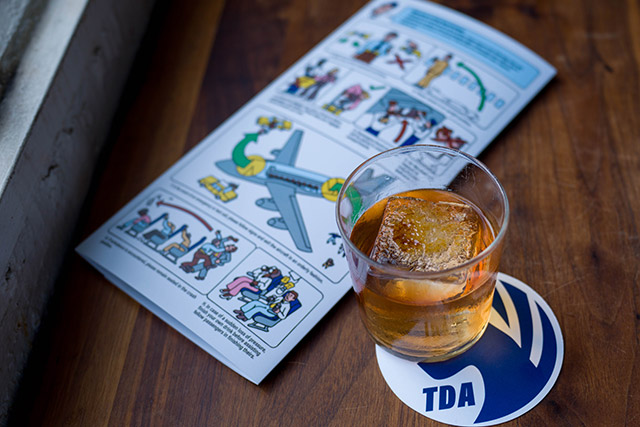 “The theme was an idea that we had been kicking around for a long time — what was holding us back was trying to figure out what to name the drinks,” explains Schick. “The idea was really based entirely on the look of the safety cards. All of a sudden we hit on the idea of naming the drinks after destinations while looking at the “where we fly” section of an in-flight magazine.”

As for his go-to drink on the new menu?

“I try to not have favorite drinks off the menus,” he admits. “The hope is that each drink is there for a reason, and serves a certain guest or a certain mood. But I am partial to the CDG, in part because it’s the kind of drink I tend to order, and in part because it is inspired by one of my favorite places to eat in the world; and also the DME, because it’s really odd.”

I worked in restaurants in college. When I graduated, I took a job running the kitchen at a nightclub in Portland. They had promised me a raise after six months, and when the time came they couldn’t afford it so they gave me a bartending shift in lieu of a raise.

That’s very dependent on where I am and what time of day it is. I’d say the most common one is a bottle of Bud and a bourbon. But pre-dinner I like a martini, and I have been going specifically to drink wine recently.

Do you drink coffee or tea and how do you take it?

There is no hangover remedy. Revel in the misery.

Favorite for late night eats after drinking around town?

There’s not a lot of late night eats spots where I live (or mid day eats spots, honestly) so it’s usually whatever I have in the fridge that doesn’t have to be cooked. My fondest late-night drinking eats memories are of curry chips from the chipper next to the pub I spent all my time in when I was supposed to be studying abroad in Ireland.

What’s your vacation no-f*cks given drink?

Pina Colada. But that’s also my Tuesday no-fucks given drink.

What was your first boozy drink experience?

I went to boarding school. My roommate lived in Saudi Arabia, and on his way back to school one year he bought a liter of Absolut Citron at duty-free. We finished the bottle together in one sitting (based on the solid logic that if we left a half a bottle it would be evidence that could get us caught), warm, with Mountain Dew chasers.

What takes a really long time to drink? It’s probably some mythical single malt that I never knew existed.

Taking out-of-towners for cocktails for an “Only in SF” experience? 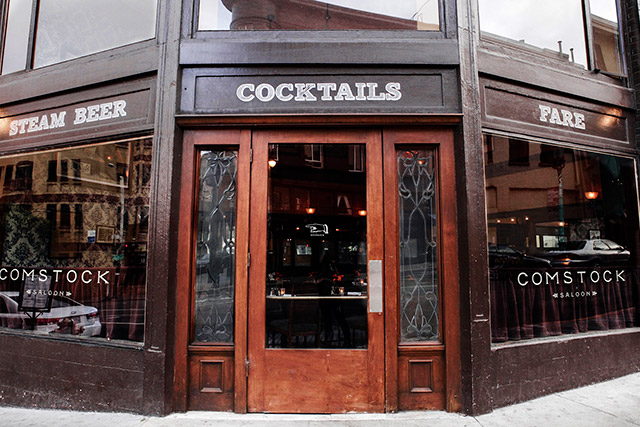 It’s more of a one-two punch, but Comstock to Spec’s.

Romantic “let’s get it on” date night?

Any place to linger over a good bottle of wine: 20 Spot, Ruby, Ordinaire, Bay Grape.

Almost definitely not me.

Special shout to any bars across the U.S. that you think are blowing minds with their beverage programs? 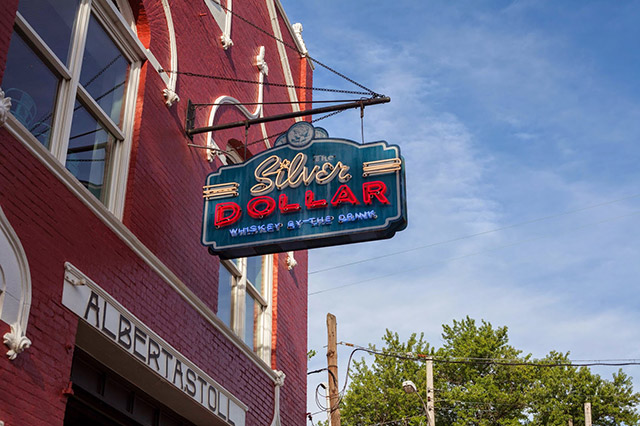 The one that always consistently blows my mind is Silver Dollar in Louisville, because their whiskey is so good, and so accessible, and they have Lone Star in bottles.

Ordinaire in Oakland is very humbly making a huge difference in the way people here think about wine.

If you had a theme song for behind the bar, what would it be?

Old and In the Way

If you could resurrect one shuttered bar, which would it be and why?

Bigham’s Silver Lion in Oakland. It represented a slice of Oakland culture that I think might just be gone now. Or at least I don’t know where to find it anymore.

Return calls, spellcheck your emails, follow through on the things you said you’d do. In short, this is a profession so act like a professional.

Spill it …. shameless plug what are you working on right now that you are excited about?

Social Call – where can Thirsty readers keep up with your adventures on social media?

@mauriceschick for mostly pictures of my dog and watches. @bonvoyagebar and @bvhospitality for more beverage related content. 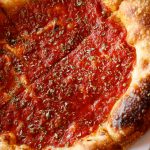 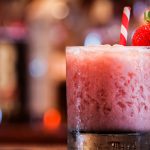