Now that the hullaballoo of Cinco de Mayo has come and gone, we can get down to some real serious agave business!  While there are countless stunning Tequilas available in the U.S., over the last year or so, I have developed a deep affinity and true passion for it’s bad ass cousin, Mezcal.  So to give Thirsty readers a true look at Mezcal, I turned to my dear friend and Mezcal expert & Brand Ambassador for Ilegal Mezcal, Herminio Torres.  Check out his awesome piece and order up some Mezcal the next time you’re at the bar.  Trust me, you’ll immediately look & feel more badass!

A Lil About Mezcal

Mezcal. The beautifully sweet spirit laced in smoke has had a cloud of misunderstanding shrouding it for years. The questions range from it having lucid or hallucinogenic effects to “Is it Moscato?” Those who enjoy dining out come across the spirit often in cocktails across the world. But what exactly is Mezcal? Is it tequila?

Both spirits are made from the agave plant. Tequila is made from only the Weber Blue agave while Mezcal can be made from over 40 of the 200+ known species of agave. The majority of Mezcal is made from Espadin agave. Both Weber Blue and Espadin have a similar genetic composition and take between 7-10 years to harvest.

How Mezcal is Made

For Mezcal, the heart of the agave is usually roasted in a ground pit oven which is lined with volcanic rocks. The agaves are chopped into smaller pieces and placed into the oven. It’s then covered with dirt and bagazo (agave fibers). After letting it roast for around 4-5 days, the pit is uncovered and you move on to the mashing process. Mezcaleros, or Mezcal distillers, may hand crush agaves using mallets or opt for the Tajona which is a stone mill drawn by a horse, donkey or mule. Once the mashing is done, it’s placed in oak vats and taken to ferment. After the fermentation process, it’s distilled to the mezcalero’s specifications and then either bottled or barreled for aging. It’s a very artisanal way of making a spirit and it’s been virtually unchanged for centuries.

Tequila was produced the same way until it gained its popularity. Nowadays large tequila companies use autoclaves to steam the agaves, machines to crush, and agents to ferment. After an agave shortage in the mid-20th Century, laws were passed that changed Tequila forever. Tequila could now be made from only 51% agave and the rest other sugars. The subpar spirit began to be mass produced and not until recently has there been a resurgence in handcrafted Tequila. But how did Tequila become the beloved Mezcal of Mexico and now the world? It wasn’t by pure chance. Let’s dig a little into how it became Tequila.

All Mezcal was classified as a wine detailing its origin. Vino de Mezcal de Tequila meaning Mezcal wine from Tequila, the town. These names were strung along all the towns and villages that made Mezcal so people would know where it originated. After a few royal impositions from the Spanish King banning the production of Mezcal, things got a little tricky. Just like during the Volstead Act in the US, Mexicans continued to produce Mezcal for their own consumption at home. The King then decided to grant two Royal Licenses for the production of Mezcal; one to the Cuervo family and one to the Sauza family. I’m certain you’ve heard of both. The families were from the town of Tequila in the northern state of Jalisco. They both quickly had a monopoly on Mezcal and the most widely available was their Vino de Mezcal de Tequila. The years went by and after a few appeals to change the name they successfully shortened it. The first to Mezcal de Tequila and ultimately just Tequila. The only legally available Mezcal was now Tequila.

“Mezcal is the oldest spirit in the Americas but seems to be the newest in many people’s minds. Go out there and explore this spirit. In the end, there is no right way to drink mezcal. Enjoy it with good food, good music and above all, good company.” – Herminio Torres

Nowadays we have set DOs for Mexican spirits. Tequila can be produced in 5 Mexican regions while Mezcal can be produced in 8. The two major regions for each are Jalisco and Oaxaca, respectively. Go into a Oaxacan Mezcaleria and you will enjoy Mezcales made from other agaves such as Tobala, Madrecuixe, Coyote and Arroqueño. You can also experience Pechuga Mezcales which are gamey due to their last distillation involving a turkey breast. Each agave provides the Mezcal with a different earthier richness than the other. Mezcal is a spirit you rediscover after every sip.

agave mexico mezcal spirits Tequila tequila vs mezcal
Mezcal – Get Familiar with Mexico’s Bad Ass First Spirit2015-05-082016-11-16https://thirstymag.com/wp-content/uploads/2016/04/thirsty-nyc-logo-1.pngthirsty.https://thirstymag.com/wp-content/uploads/2015/05/Hermino-Torres-Brand-Ambassador-for-Ilegal-Mezcal.jpg200px200px
About
Tara Fougner
Tara truly has a deep passion and love for all things in the drinks world, but really hates writing bios. One might think that Tara was destined for beverage media as her great-grandfather, G. Selmer Fougner, is credited by David Wondrich as being "America's First Drinks Writer." The self-proclaimed "biggest drinks superfan" of the Thirsty crew, Tara became a founding Partner of Thirsty after working in the beverage & hospitality industry for over 15 years. A lifelong New Yorker, you can usually find her hunkered down on some barstool around the world chatting up the bartender about their menu and endlessly taking pictures of drinks for the 'gram. 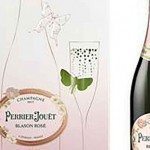 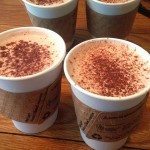 Insider Tip: How to Get Free Coffee in NYCFeatures