Boo! Halloween is here, so make it a BOOzy one. Skip your DIY cider-sangria recipe… Instead, sip a heady concoction at any of these New York City hotspots this Hallo-week.

Our roundup of spook-tacular events is only a fraction of what’s happening this Halloween. See below for more. 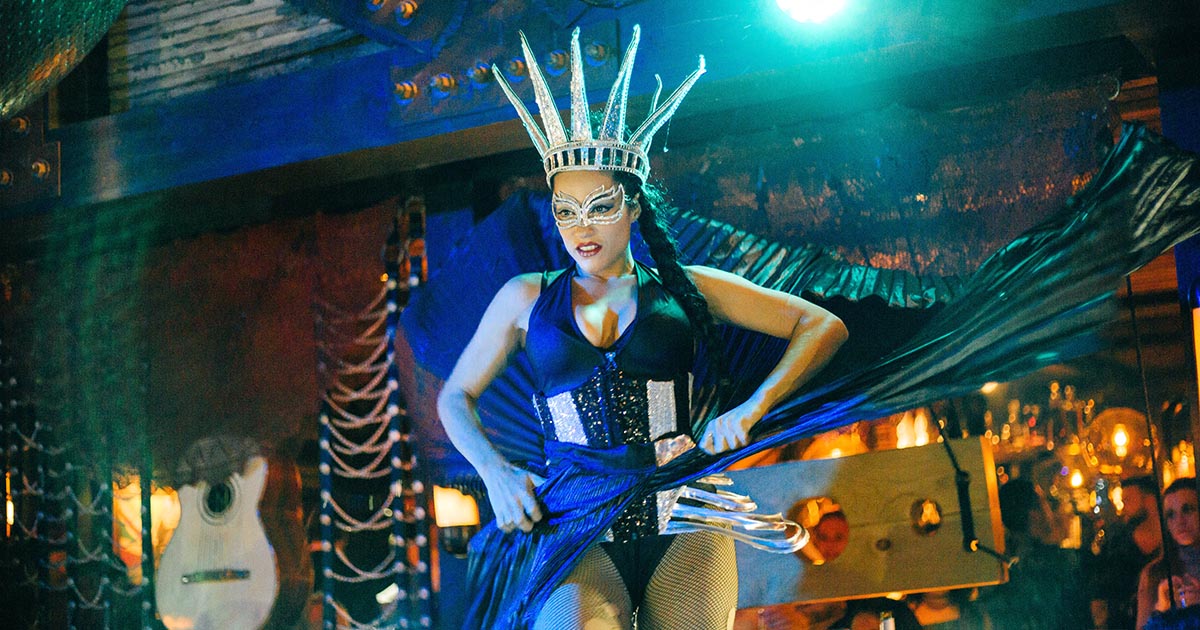 Enchantment Under the Sea Dance at Analogue

The Greenwich Village vintage-themed craft cocktail bar will be throwing it back to the 80’s cult classic, Back to the Future this Halloween. Dance the night away to rock ‘n’ roll tunes (aka Johnny B. Goode hits) and enjoy a food and drinks menu created just for the evening. Grab your hover-board and your finest leather jacket and celebrate Back to the Future-style. 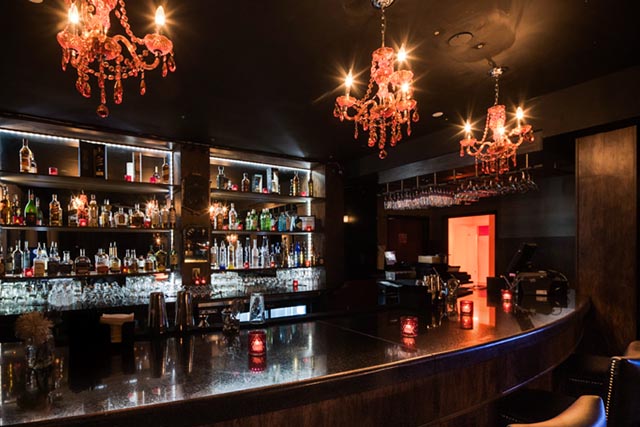 The newly-open, reimagined old-school gentleman’s club is paying tribute to legend Hugh Hefner. Playboy’s 50th Anniversary Playmate of the Year Colleen Shannon will DJ the night along side of playmates Kyla Collins, Aimee Rose and Konstantina Gianni. VIP tables and bottle services will be available through reservations. Doors open at 9:00PM.

Williamsburg’s Japanese steakhouse Salt + Charcoal is honoring All Hallows Eve with a free glass of hot sake for every guest, and a free screening of cult-favorite Japanese horror films like Ringu (The Ring), Juon (The Grudge) and Dark Water. The sake will be available during dinner service. The screening will take place in the restaurant’s cellar PDR from 5:00PM to 11:00PM. Request a table downstairs when making reservations. 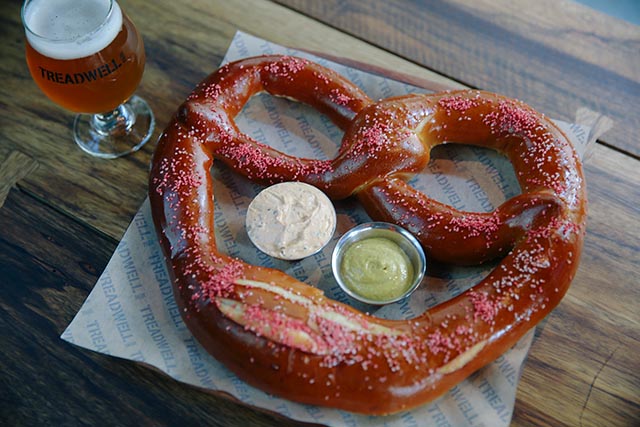 The dynamic craft beer hall located in Battery Park and Upper East Side is proudly supporting Breast Cancer Awareness Month by offering some pink specials. 100% of the proceeds generated from these specials will be donated to Green Flash Treasure Chest, an organization that raises money for Breast Cancer research.

Treadwell Park will be offering the following until Tuesday: A giant pretzel with PINK Himalayan salt for $15; a special PINK-tinted beer for $7, made from Green Flash Treasure Chest – It’s a bright and tropical IPA featuring Green Bullet, Warrior, Citra, Cascade, and Simcoe hops, and infused with passion fruit tea. Both pretzel and beer pairing for $20.

Support American Cancer Society by sipping the La Belle Cerise, made with Grey Goose Vodka and St. Germaine. From now until Tuesday, $1 per drink purchased will go towards the Society’s New York City chapter.

Dine in the dark this Halloween. The West Village restaurant will be turning off their lights and serving dinner to all guests by candlelight, celebrating their five-year anniversary and commemorating an unforgettable opening week in the midst of Hurricane Sandy. The celebration will showcase special menu items to recall that night in 2012 – think jambalaya with shrimp, homemade sausage, chicken and crab, and the Red Sky at Night cocktail with whisky, rosé and allspice. Lastly, 10% of all proceeds from the celebration will be donated to Best Friends Animal Society, an incredible no-kill animal rescue organization working tirelessly to #SaveThemAll in our city, as well as on the ground in hurricane-stricken areas of country. 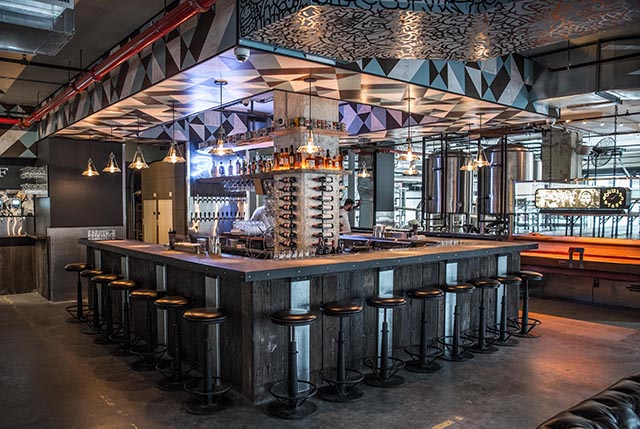 Hit the Beer ATM at the new Randolph Beer DUMBO opening Thursday. Making it The Randolph Group’s third location (and first foray into brewing its own beer), this 5,500-square-foot industrial-modern brewpub will feature a rotating world class beer list, including at least half a dozen house-brewed selections, and a self-serve beer wall with 24 taps. Comfort food options include grilled shrimp tacos and pulled chicken empanadas. Get your game on with vintage pinball and shuffleboard. Take a breather on the observation deck.

The Crazy Clown at Industry Kitchen 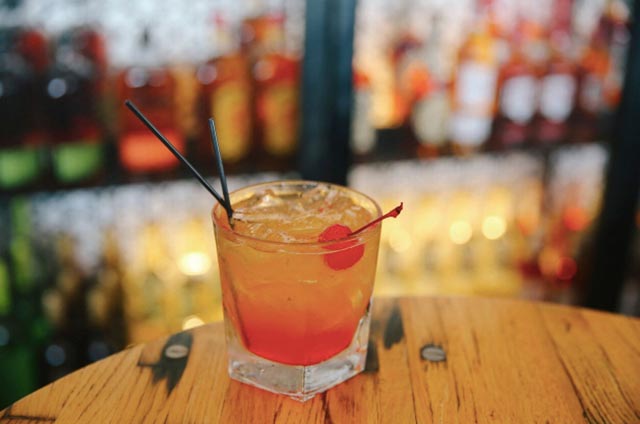 A concoction of equal parts rum and peach schnapps mixed with orange juice, lemon juice, simple syrup, and bitters; topped off with grenadine

Cachaca Zombie at Mother of Pearl 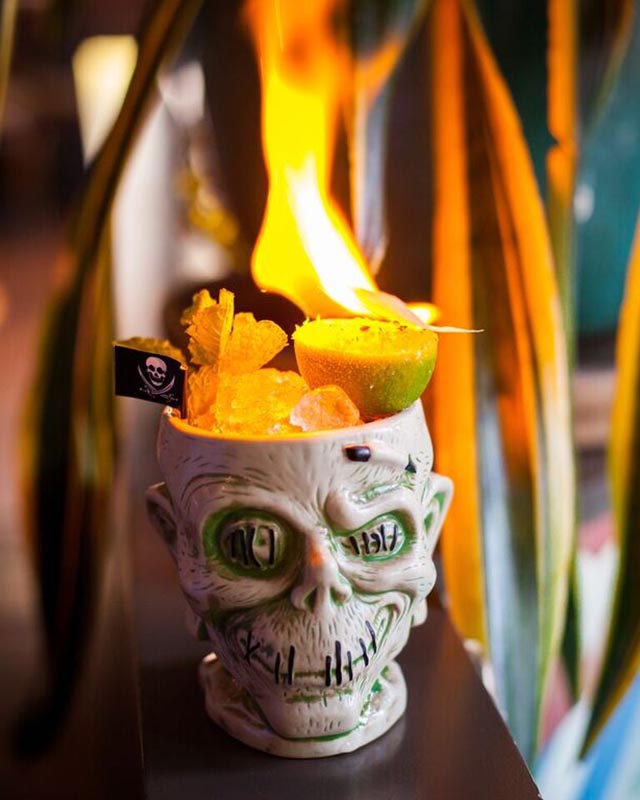 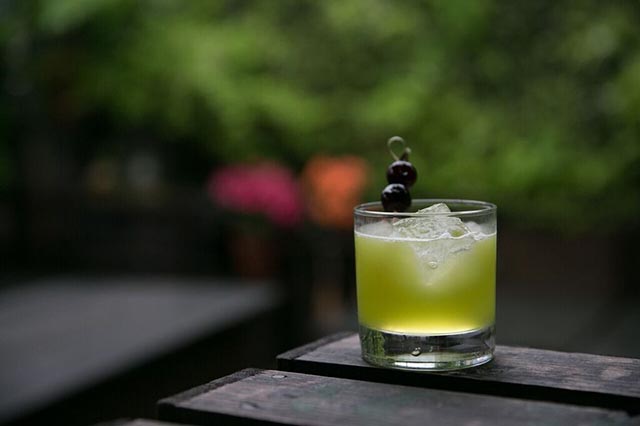 Black Magic Martini at The Skylark 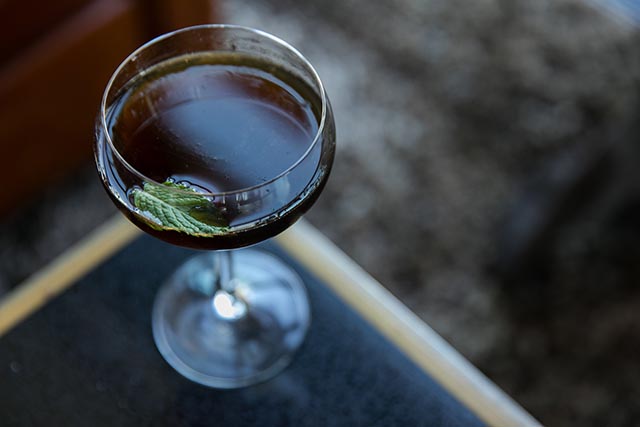 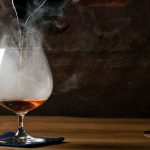 Cider Week NYC, The Brew Hop and Autumnal Cocktails
Burlesque at The Black Lodge, The Heath’s ‘At The Illusionist’s Table’ and Taste the Rainbow ‘Tails