Unless you’ve been living under a rock, you have probably noticed the World Cup being shown in every bar and restaurant around NYC, since the tournament kicked off with a match between Brazil – who is hosting this year’s World Cup – and Croatia on June 12. And with over two weeks of games left, we caught up with Justin Noel, co-owner of Sweetwater Social who is also a former professional soccer player and an investor in Avua cachaça to talk about the distilled spirit made from sugarcane juice that is the most popular alcoholic beverage in Brazil.

How would you describe cachaça?

It’s a spirit made from sugarcane, so it has a sweetness to it. It’s distilled from fermented cane juice and I think of the taste as sort of a cross between blanco tequila and unaged rum. It’s very dry and has peppery vegetal notes. It’s also grassy and spicy, but it also has some vanilla and tropical fruit notes. Cachaça is very complex – people think of rum and they think sweet but this is very different.

How do you recommend drinking it?

People like to explore cachaça, and my favorite cocktail is something I made at Sweetwater Social, called the Samba. It’s a mix of unaged cachaça, fresh pineapple, lime, simple syrup and basil – which brings out the vegetal green notes – all shaken and strained over ice. I think this cocktail really highlights the spirit and brings out all of the unique flavors and notes, instead of covering them up. Of course, a lot of people know Caipirinha, which mixes cachaça, sugar and lime but cachaça is a fun spirit so I like to drink it with fresh juices and herbs.

Of course, Sweetwater Social but I also love Nevada Smiths and American Whiskey is doing some really fun stuff. It’s really fun to go to traditional Brazilian spots, too, like Casa in the West Village or Favela. There is so much passion – it’s almost like being in Brazil!

Who are you rooting for? 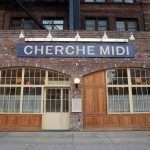 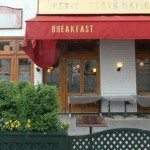 CONFIRMED: Restoration Hardware Is Taking Over the Pastis SpaceFeatures