When do Vegas Pool Parties open for the season you ask?

We get this question a lot so we figured that we would try to provide some answers for you. While most all of the pools will be opening in the beginning to middle of March, don’t expect to see the big-name expensive DJs until right around Cinco de Mayo weekend.

If you are going to be in Vegas before the pool parties are going to be open but still feel like hitting up a pool there are a number of pools that are open year-round, although you would have to bring the party.

So there is really two different questions, 1.) when do the pool parties open for the season and 2.) When the Vegas pool party starts to get busy.

We have put together a list of each of the Vegas pool parties and the approximate date that we think that they will open in 2017, based on the date that they opened in 2016.

WHEN DO THE VEGAS POOL PARTIES OPEN?

Currently, these dates are not exact but as we get closer to March, we will update you with the exact dates that each of the pools will be opening. The dates that I have listed below is an estimated date based on the opening dates from previous years.

WE WILL BE CONTINUALLY UPDATING THESE DATES AS MORE INFORMATION BECOMES AVAILABLE.

WHEN DO THE VEGAS POOL PARTIES GET BUSY?

To answer a question that is not usually asked, but the first real weekend that the pool parties in Las Vegas start to get busy is right around Cinco de Mayo weekend of the first weekend in May. While the pool parties have been open for almost two months, most of the pools book their first big talent booking, I.E. DJ’s, celebrity hosts, and performers starting at the end of April.

If you are interested in seeing a particular DJ like Calvin Harris, David Guetta, or Kaskade sometime this summer, the nightclubs and pool parties in most cases announce the talent line-ups 45 to 60 days in advance. So if you are coming in June the talent will not be announced officially in late April or early May. This is not the case for every venue, but a good rule of thumb.

Las Vegas Strip Pool Parties
When Do Las Vegas Pool Parties Open?2016-12-302017-12-06https://thirstymag.com/wp-content/uploads/2016/04/thirsty-nyc-logo-1.pngthirsty.https://thirstymag.com/wp-content/uploads/2016/12/when-do-pools-parties-in-vegas-open.jpg200px200px
About
Jessie Gibson
I am one of the co-founders of Thirsty. I shoot photos of cocktails and video. You can learn more about me at Jessie Gibson or connect with me on Instagram: @JessieGibson. 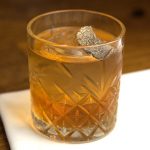 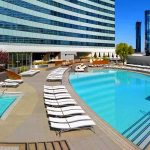