Where to Celebrate Mardi Gras In L.A.

We may not be down in New Orleans but Los Angeles still knows how to throw a Mardi Gras party. Fat Tuesday lands on March 5 and the party continues throughout the weekend, giving you the excuse to be as debaucherous and glutinous as you want. From jazz performances to hurricane drink specials, check out the best places to celebrate Mardi Gras here in L.A. – flashing optional. 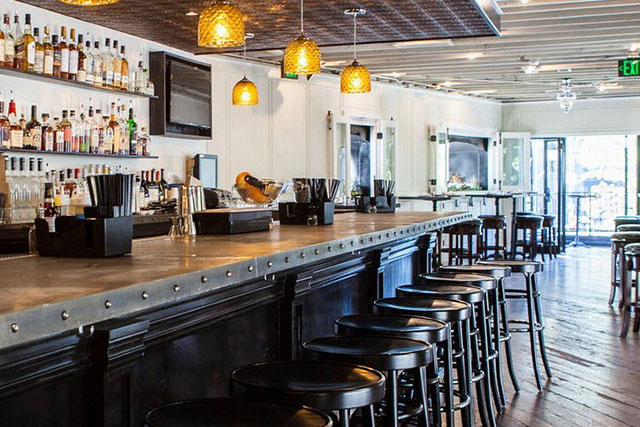 Parade yourself to Preux & Proper, Downtown L.A.’s preeminent Southern house, to come celebrate Mardi Gras 2019 Fat Tuesday, March 5 from 4 p.m. to 10 p.m. Owner and Operator Joshua Kopel and Executive Chef and Partner Sammy Monsour are turning up the Southern charm and hospitality with the biggest Fat Tuesday celebration this side of the Mississippi. Guests are welcomed into their restaurant turned home, located in the historic turn-of-the-century flatiron wedge building straddling the Broadway Theatre District and Fashion District, to enjoy their version of a traditional Mardi Gras with a Southern California twist, where 100% of the Mardi Gras and Fat Tuesday proceeds to the Team Gleason Foundation, a charitable 501c3 non-profit corporation started by former NFL Saints player Steve Gleason.

Knowing your gallivanting gives back, start partying the proper way with cutting edge Southern dishes prepared that pair perfectly with NOLA-inspired cocktails created by Beverage Director Kassady Wiggins, like the Crawfish Boil and King Cake Beignets, made with cinnamon-raisin pâte à choux, Mardi Gras frosting, and crushed pecans. Wash all of this deliciousness down with cocktails pulled straight out of The Big Easy, like the Sazerac, French 75 or the Slush Puppie made with Southern Comfort, strawberry and grape, or the Wasted Watermelon made with gin and fresh watermelon, all served in a grenade-style cup, just like you would see on Bourbon Street! Bring your crew and share the Hurricane Punch Bowl, comprised of rum, passionfruit, lemon, lime and house-made grenadine, which will be available for groups of four or eight. 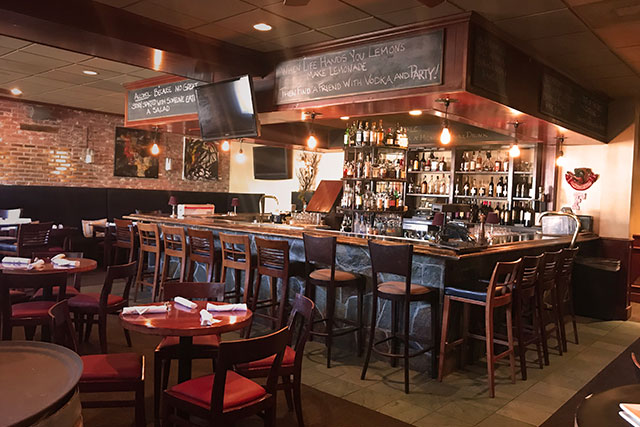 Bouzy Gastropub is the only place in Redondo Beach to get real authentic jazz music without having to go to New Orleans. On Tuesday, March 5, Chez Melange will be hosting an unforgettable Mardi Gras celebration with live authentic jazz music. They’ll be serving cocktail specials, beer specials and Cajun specials. One of the many authentic dishes they will be serving is the Muffuletta, a very popular dish among the New Orleans community. The sandwich was created in 1906 and was only eaten on celebration days such as Mardi Gras or Fat Tuesday. Consisting of fresh salami, mortadella, capicola, swiss cheese, pickles and Chez’s “Secret Spread,” this is just a taste of what will be served at Chez Melange on Mardi Gras. 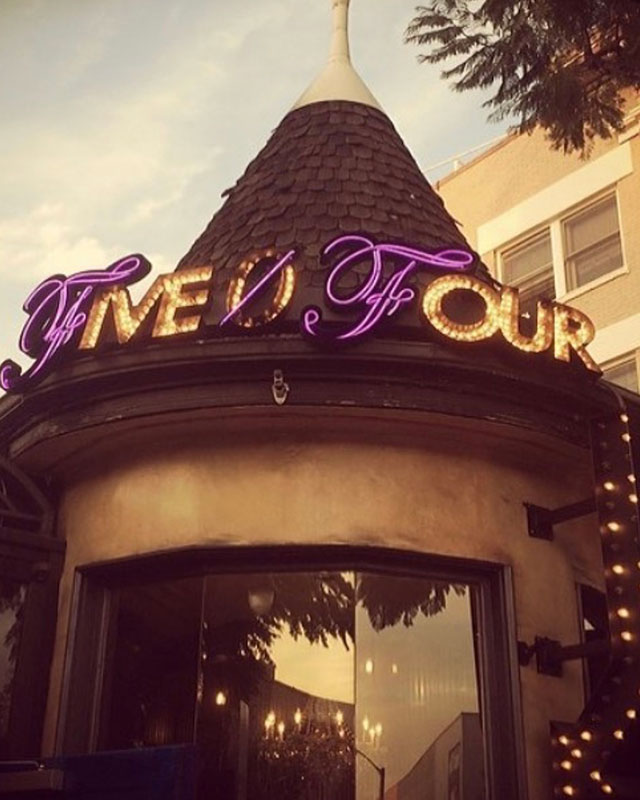 French Quarter style drinking can be found in the heart of L.A. at Five0Four Hollywood. The super fun, no-frills New Orleans-inspired patio bar keeps the essence of the southern party town going strong. Here you’ll find their signature frozen daiquiris, served via giant round slushy-esqe machines to mimic’s NOLA’s best dive bars. The menu is also stacked with the Mardi Gras classic cocktails such as Hurricanes and Cyclones as well as ridiculous drinks such as the Dirty South with Hornitos tequila and citrus and the Redneck Riviera with Effen vodka, Aperol, tropical juices, gunpowder, both served in a human skull. On March 5, Five0Four will host a live crawfish boil starting at 4 p.m. complete with $9 frozen daiquiris and $7 hurricanes. 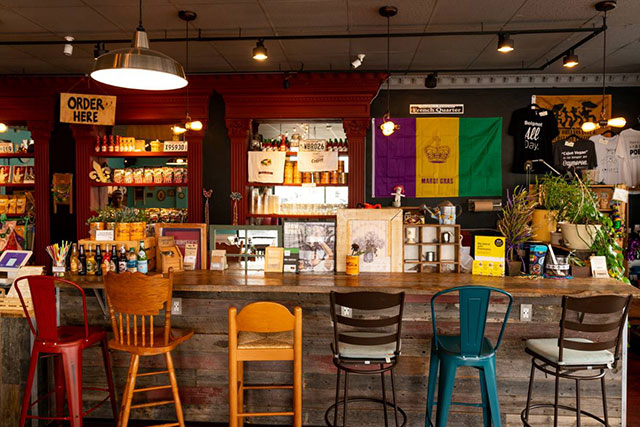 Founded by a Louisiana-native Krimsey Ramsey, Krimsey’s Cajun Kitchen is the world’s first vegan Cajun restaurant. The North Hollywood spot will be hosting a Mardi Gras Party on March 5 from 6 p.m. to 10 p.m. featuring live Cajun music, face painting, raffles, a photo booth, $19 jambalaya, and free beads. They will also have Louisiana Abita Beer on tap flowing all night. 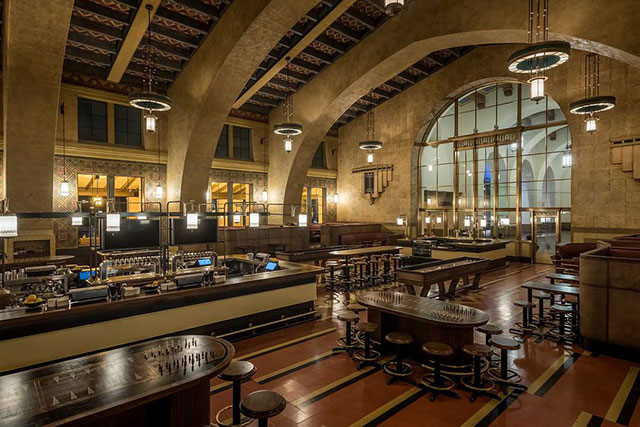 In honor of Fat Tuesday, Imperial Western will be throwing a Mardi Gras Crawfish Boil on March 3 from noon to 6 p.m.. The party will feature live music, beer flights, crawfish, and a spread of cajun sides including corn on the cob, red potatoes and andouille sausage. Tickets are $40 per person, available at eventbrite.com/e/mardi-gras- crawfish-boil-at-imperial- western-beer-company-tickets- 55243927073 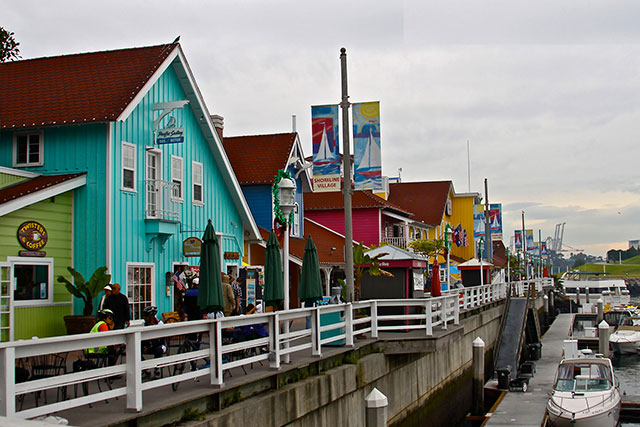 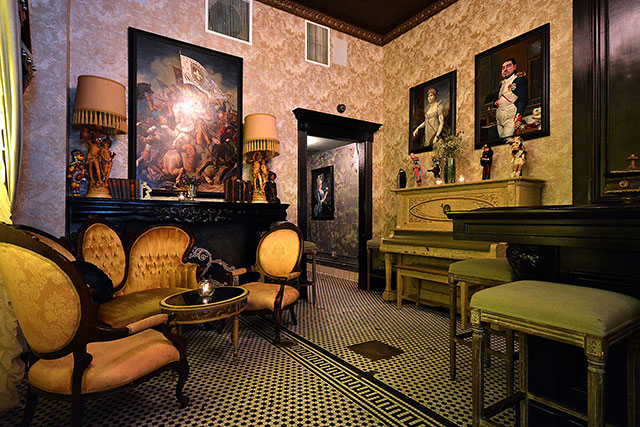 If you can’t make it down to the Big Easy, The Little Easy is second best. Opened in January of 2015 and nestled in the heart of the historic Alexandria Hotel, the two room, 150 person space features a bar with comfortable living room seating and a small Southern hotel lobby feel in front. A winding hallway leads to an impressive indoor courtyard with large bar, working fountain, porch swing, ample seating and a stage for live performances. On Fat Tuesday, Little Easy will open early at 2 p.m.and partying with live entertainment all day, hurricane and gumbo specials and an Abita tap takeover. The beads will be flowing and festive attire is encouraged. 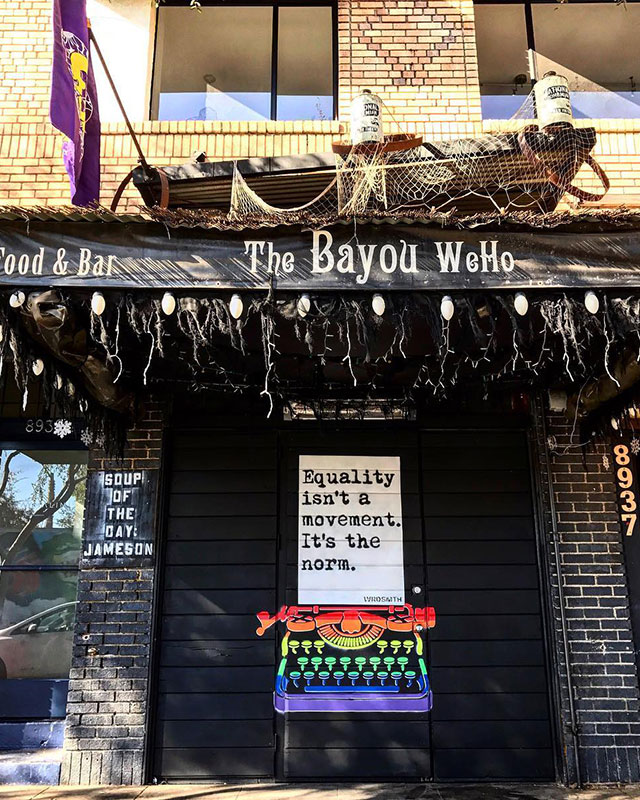 Dive bar meets gay bar inside The Bayou. Tucked away in the Boystown area of Weho, this easygoing hole in the wall celebrates Mardi Gras all year round thanks to its Nawlins style decor, drink specials every Tuesday and its Cajun twist on its pub fare like Popcorn Chicken and its signature Bayou Burger. You also get a double dose of happy hour: the first from 4 p.m. to 8 p.m. and the second from 10:30 to 12:30 a.m. The drinks here are cheap (really cheap), the crowd is hot and the bartenders are most likely shirtless. If that doesn’t sound like Mardi Gras, we don’t know what does. 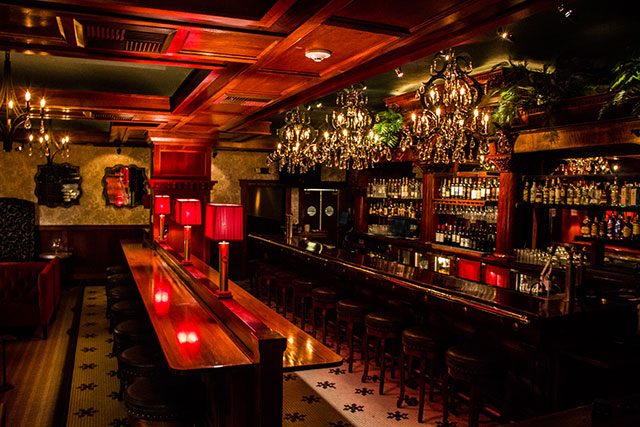 One of the livest Fat Tuesday bashes in town is a White Horse Lounge in Pasadena in Town! On March 5, the spot is going to have live bands, burlesque troops, dancing, drinking and the most authentic buffet spread of Cajun/Creole cuisine by Chef “Big Josh” Thomas. Standout dishes include Bourbon Street Brisket, Catfish Fry and Cajun BBQ Shrimp Boil. Wash it down with one of their craft cocktails such as the Wet Your Whistle made with Whistle Pig 10yr Rye, Whistle Pig Maple Syrup, Guatemalan Coffee Aged in Whistle Pig Barrels. Yellow Chartreuse, and applewood bacon black walnut bitters or the Strawberry Buck with Russian Standard Vodka, Bundaberg Ginger Beer, lime juice, triple simple and fresh strawberries. Come hungry, thirsty, and ready for a good time. Doors open at 8 p.m. and the party goes till last call at 1:30 a.m. 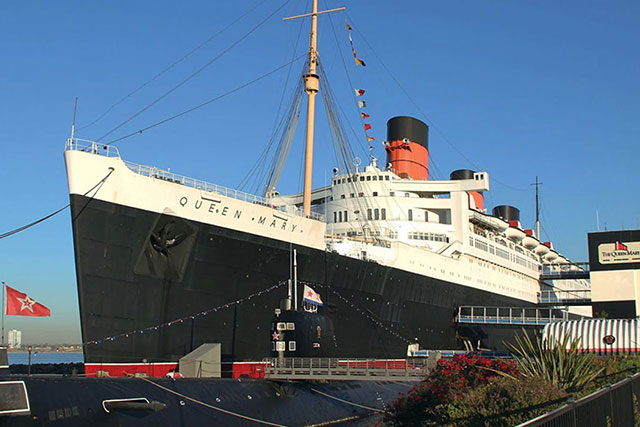 The Queen Mary presents its very own Mardi Gras Krewe Ball on March 9 from 7 p.m. to midnight, bringing the flavor of the Big Easy aboard the historic ship. The Grand and Windsor salons will be transformed into French Quarter streets during a parade, as strolling entertainment hands out beads and live music brings everyone to the dance floor. For entertainment, guests will be treated to the live Bear Brass Band, an 8-piece band complete with saxophones, trumpets, trombones, snare drums and more. There will also be strolling performers including stilt walkers, jesters, juggling acts, harlequin acrobats, carnival dancers, a Mardi Gras King & Queen and more. To eat, guests can indulge in New Orleans favorites such as Seafood Gumbo, classic Jambalaya, Po’ Boy Sliders and more. The drinks will also be flowing. General Admission tickets start at $30. VIP tickets start at $50 and include early access to the French Quarter Lounge and a Mardi Gras Swag Bag filled with party favors. VIP Cabanas start at $199 where guests can watch the festivities like true NOLA royalty from the exclusive Krewe Kabanas, with private food and beverage service for up to 10 people. 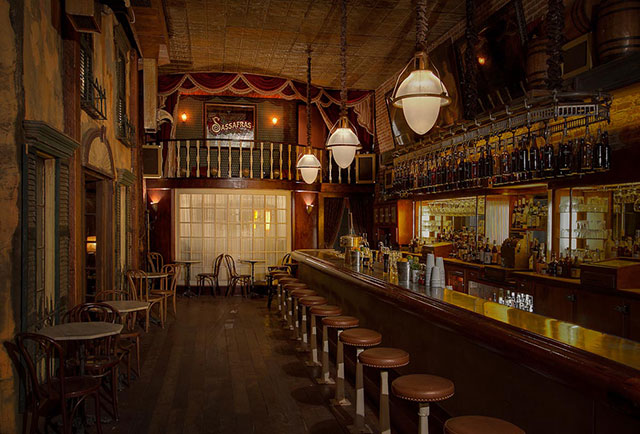 In the heart of Hollywood, Savannah Townhouse was converted into Sassafras; a warm, welcoming little piece of the South. The design is reminiscent of the bayou, with plants flourishing throughout, wicker chairs, portraits of Southern patriarchs, antique mirrors and a creaky conveyor belt above the bar that displays bottle-aged drinks that are in constant rotation. For Fat Tuesday, Sassafras is throwing a no cover, “Big Ass Party” from 5 p.m. to close featuring New Orleans cuisine, drink specials, live music and prizes. 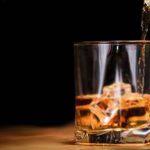 Everything You Need to Know About Irish Whiskey, Just in Time For St. Patrick’s DayFeatures, Spotlight 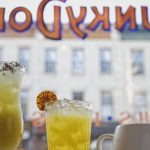