One of our favorite bars in Rome, Italy is Baccano.  Headed up by the iconic bartender, Mario Farulla, this classic spot is just steps away from the Trevi Fountain and a must visit for cocktail lovers in between touring the city.  Baccano is launching a new menu on April 1st inspired by cultural milestones of the 20th century. Thirsty got a sneak peek of the cocktails and much like legendary Roman arts, these are true masterpieces!

We spoke exclusively to Mario Farulla, Beverage Director, about the new menu and he shared, “We pulled inspiration from important discoveries that changed human life between the period of 1860 and 1960.  We want to express a celebration with this menù that fuses this era together in a way that creates an experience for our guest with no certain relationship with time, day or year.”

After unearthing a hundred year old old diary inside the walls of Baccano, the team was inspired to revisit the life of the bartender of that time. As the bar was a real cultural meeting place of that period, many important conversations took place about the discoveries and technological advances that defined the 20th century. The bartender at Baccano documented conversations of these moments that were changing the world and this new menu is an homage to these cocktails told through cocktails crafted by Farulla and his current team.

Each signature drink is composed of ingredients that are connected with a discovery from the 20th century. Each recipe also has a story to tell that ties into the discovery of the diary of the bartender at Baccano at the time was witness to the many wonders of the century, all experienced from his unique point of view.

Mario Farulla further explains, “With the new menu at Baccano, we will learn how the cocktail is connected to the technological discoveries of the past century. The signatures are not just a simple twist of recipes of the past. Rather, they are the fruit of the studies and knowledge that have been achieved up to today and represent the ethos of Baccano as a place of experimentation, research and discoveries and experimentation.” 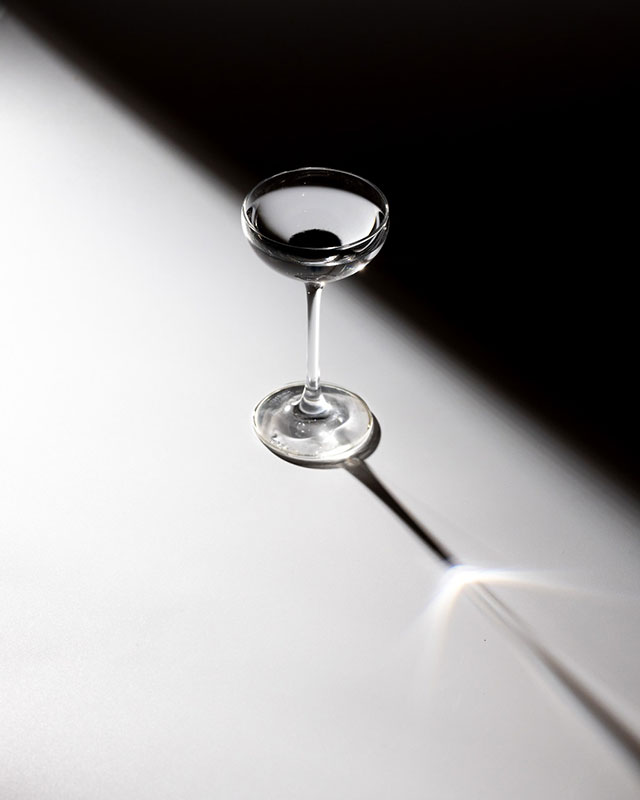 Punctual like a Swiss watch, the typists at Messaggero come to the restaurant for their usual glass of milk or orange juice. Someone decides to splurge, following the new trend of American cocktails. More than for drinks, the girls visit for the sophisticated cocktail party atmosphere, and to show off their black mini dresses and cigarette holders. Although influenced by fashion, the fact that they are visiting the bar is bringing about a change in society, and the emancipation of women. To be honest, by looking at their fancy haircuts, the women seem more suited to drinking a cocktail than a glass of milk. The bartending craft is evolving. We as bartenders need to adapt to our changing customer’s tastes, by better balancing our mixed drinks.

Last year, in via Savoia 31, a staircase collapsed because it was overloaded by dozens of women. They were all lined up in response to a job notice for a new typist position. Some of them were friends of our customers. The typist’s job has now become a well-respected and coveted profession for American women. To think that in America, that there are now even bar ladies, who have replaced, and in some cases bettered their male counterparts behind the counter! 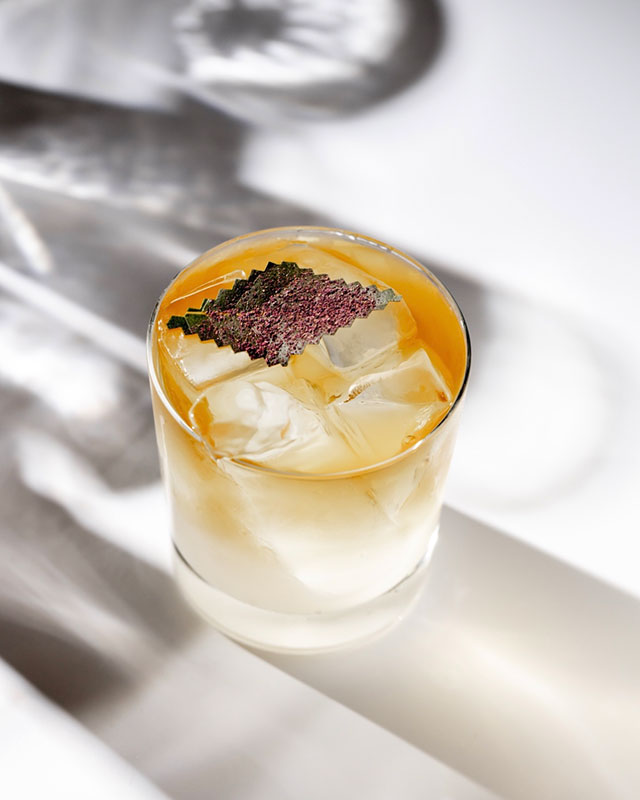 Motion seems to be the basis of our lives. It manifests itself in the form of the race of life, a continuous, neverending rush towards a sometimes uncertain goal. The rule is simple: every day, you have to be quicker, more efficient. This is the aim, therefore, of modern man. The motor of humankind is like the one cars have, not a paper and wood one anymore. The reverberation of such speed has penetrated the walls of Baccano as well. The mad rush to arrive first, the frenzy and the passion that animates everyone, seeking more enjoyment in life, but in quick doses. New customers come in, consume and leave. However, they often soon return.

“At all times the man ran, he hurried, to reach the happiness that escaped him. His never satisfied soul pushed him to move his limbs as fast as possible, and find new arms to make up for any physical deficiency.” 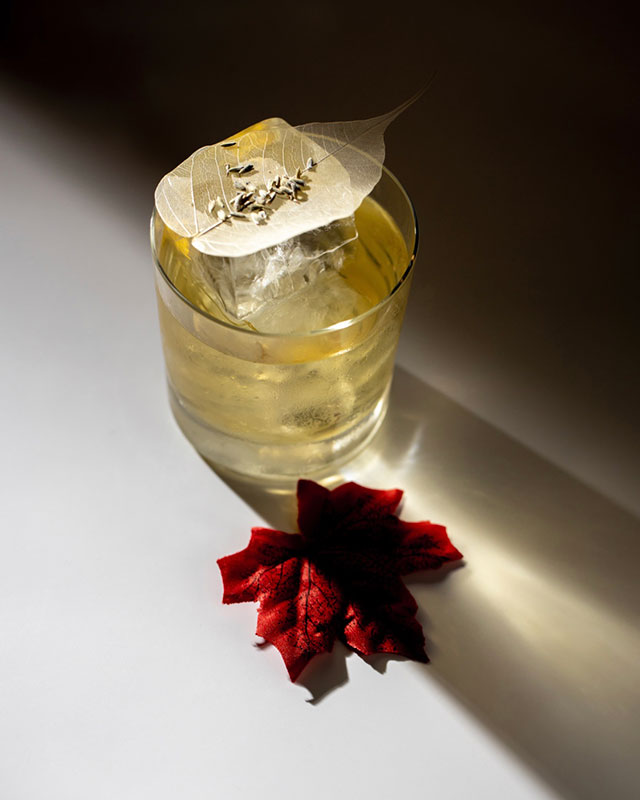 Greatness and the efforts to reach it seems to be the craze this century. For the first time, man has flown. Is this immensity perceived up there? This incredible power? I think so. I do not feel any connection with these flights, but in some way I feel part of the common efforts to achieve them. While I am here working, my suit reminds me of my job to tend to the small things, the infinitesimal. I take care of the customer in front of me, but while serving him an old-style cocktail, my heart is up there in the heavens, towards the infinite, with those legendary heroes who are boldly pushing forward civilization. The sky has finally opened above us. But none of the old men in here appreciate the significance of the historic events being undertaken by these aeronautical sportsmen! 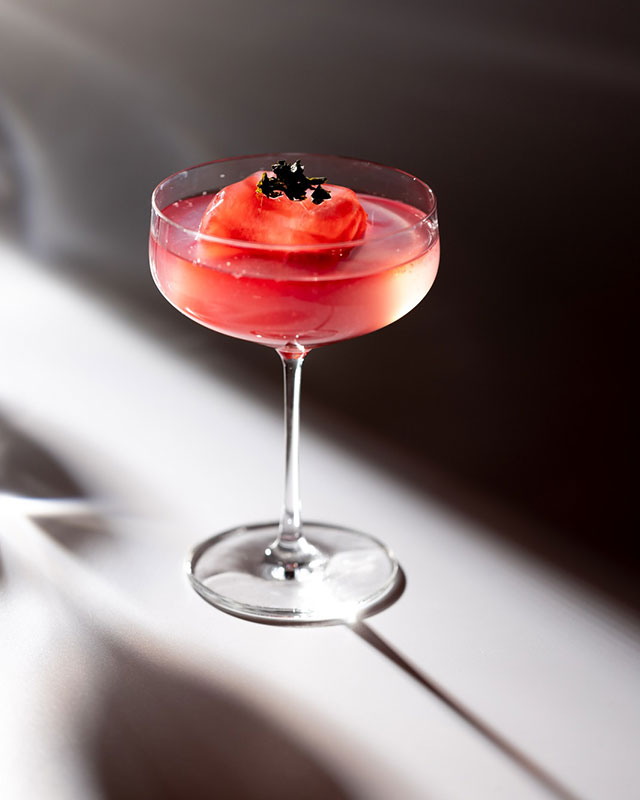 “Commander, if you want I can prepare something stronger. Alcohol is sometimes a good anaesthetic.”

The commander Enrico Brambilla has always been a regular customer. He lives in Milano but when he’s in Rome, he stops by for a vermouth after the theatre.Tonight however, he wanted something stronger. It’s well known that alcohol can be used as anaesthetic. Brambilla owns a factory for the chemical industry. This year he started producing equipment for anaesthetic gases. The best surgeons operate according to this method, which requires advanced training. Its limitation is still the cost: 4-6 thousand lira per appliance and about 20 lira per hour (4 times more than ethereal anaesthesia).

First anaesthetized man? Adam for the rib to Eva.

Inspired by this story, I am experimenting with a Sichuan pepper-flavored spirit, left to me by a passing traveller, who seems to have some sort of numbing power for the mouth.

I could no longer bear Miss Sophia’s tears. I served her water with bergamot to cheer her up. “If you only knew how much good there could be in a tear… I remember when, close to where you are sitting right now, a doctor told me about how his colleague discovered penicillin thanks to a tear. Even if another doctor, Vincenzo Tiberio, a medical officer of the Military Corps of the Navy, had already made a discovery by studying the mold formed in a water reservoir inside a building. But I can’t recall anything further.”

tears, mold, cures for the soul.

the power of bergamot 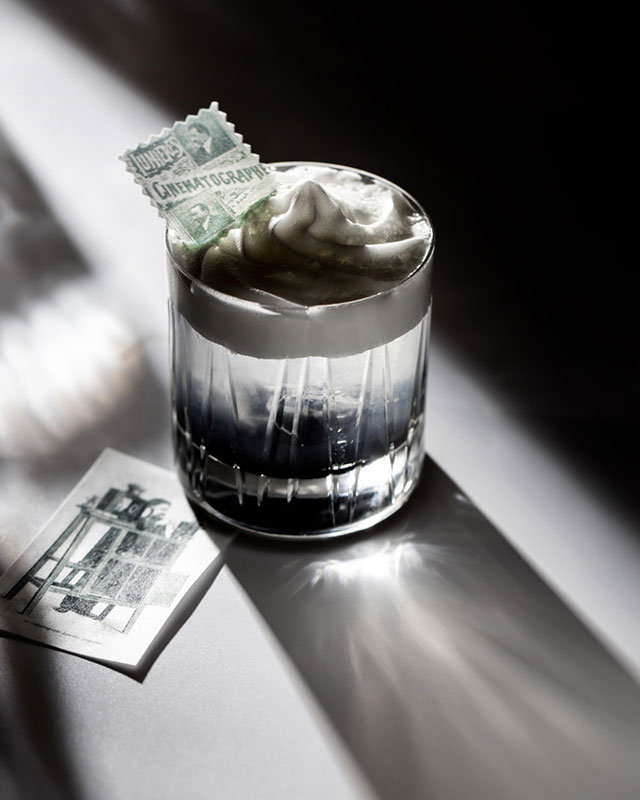 Today is one of my last days of work. The moment has come to step aside.

I cannot put into words how I feel, but looking at the many years spent behind the bar counter, recalling all of my customers one by one, I can say that I played a very specific role: I was what the Americans call “Director”, the director of evenings of Baccano. Not a famous director by any means, but not so different than Thomas Edison, who preceded the Lumière brothers by shooting films in small dark rooms, which reminded people of Black Marias, police paddywagons, which were cramped, stuffy and black. Hence the name of Edison’s film studios, Black Maria.

By the way, I think that tomorrow I will go to see that film that everyone’s talking about, La Dolce Vita by the filmmaker Fellini. Federico has been here several times. He did not take the film’s criticisms very well and I’m really sorry about that. I will never forget the time he came in with that blonde actress who was completely wet. “She couldn’t even get that wet by taking a dip in the Trevi Fountain,” I told him. He smiled.

A few days ago, an American tourist came in. I don’t know his name. He always asks for a different drink. His last request seemed a bit strange to me. “I would like something whose color reminds me of the deep color of the universe”. I told him that I had to think about it and would let him know. I discovered that he produces large telescope lenses by profession. He told me that it is a booming industry and the success of the Hubble telescope has made him quite hopeful. His ‘Hooker’ has put an end to the great scientific debate, showing that other galaxies exist other than our Milky Way.

I wonder: how many are we in the universe? And how many universes are similar to ours? I have the impression that a future of great discoveries awaits us in the next few years. In the days that followed I could not think of anything that could satisfy his request. I hope, frankly, that whoever comes after me, reading these lines, has better imaginative skills and more knowledge than I have.

I’ve recently realized the importance of giving something an appropriate name. Today I finally managed to impress a female customer by preparing a simple mixture, based on sparkling water, fruit aroma and a drop of liquorice liqueur. “What’s the name of this drink?”. But I could not answer her husband’s query. “Next time we come back, how can we order it? You see,dear sir, I work with patents. If you don’t tell me, I could steal the name. Don’t follow poor Meucci’s example! “. He explained that Meucci was the Italian inventor of the first telephone, but then the rival Bell stole and patented the idea. Maybe I should call him, but … I don’t have his phone number! 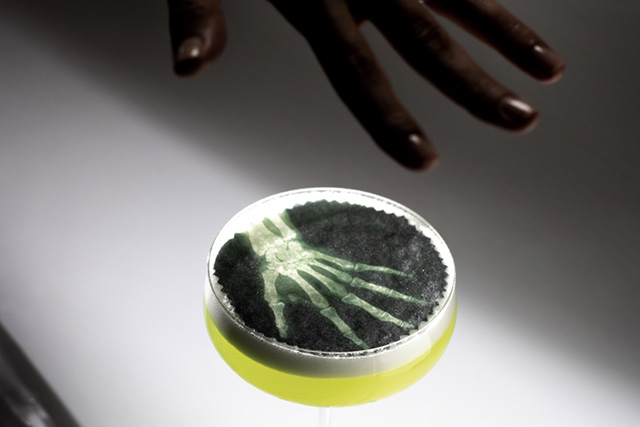 I discovered, with a touch of sadness, a piece of Miss Manzilli’s past. She confessed to me that although everyone calls her ‘Miss’, she is actually a widow. Her husband fought fifty years ago in the Italo-Ethiopian war and was killed. She was left with a photo of him taken by X-rays, a technique that our doctors were experimenting with at the time. She showed me the amazing photo, revealing a hand, or more correctly the bones of the poor man. You could see the wedding ring on the ring finger of the man. For this reason, Manzilli decided to take off her ring, making it invisible to others. I wonder how many people would use x-ray technology to see through others.

baccano Italy New Menu rome
Baccano In Rome Just Launched A Mind-Blowing New Menu To Celebrate Milestone Discoveries of the 20th Century2019-04-022019-04-02https://thirstymag.com/wp-content/uploads/2016/04/thirsty-nyc-logo-1.pngthirsty.https://d2rf0detuhmti.cloudfront.net/wp-content/uploads/2019/04/baccano-spring-2019-feature.jpg200px200px
About
Tara Fougner
Co-Founder of thirsty, Tara Fougner has over over 15 years of industry experience and a passion for the global beverage community. One might think that Tara was destined for beverage media as her great-grandfather, G. Selmer Fougner, is credited by David Wondrich as being "America's First Drinks Writer." A lifelong New Yorker, you can usually find her hunkered down on some barstool around the world chatting up the bar crew about their beverage program and endlessly taking pictures of drinks for the 'gram. In 2020, Tara was honored by Drinks International on their 'Top 100 Most Influential In the World' List.

Drink This Now: The Concourse Cocktail By Felix Salazar at Suyo NYC Winner of Old Forester’s Battle of the BoroughsDrink This Now, Features, Sponsored 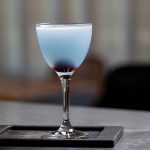