We sat down with Luis Hernandez, the head bartender at The Eddy in the East Village. He has been the Head Bartender at The Eddy for the past six months, after leaving the Clocktower. I first met him doing laybacks on a bus headed to Tiki by the Sea in Wildwood, NJ. We then spent the next three days together drinking cachaça and rum with 40 other bartenders.

I have always been a big fan of The Eddy’s sister restaurant, Wallflower in the West Village, so The Eddy was an obvious choice after moving to the East Village. Currently, Hernandez is gearing up for his fall cocktail menu that will launch later this month. I sat down with him a couple of weeks ago to talk about his favorite bars, cocktails, and his bartending AHA moment. Watch the interview below.

Luis Hernandez, originally from Venezuela, moved to Cape Cod in 2000. He got his start in hospitality in middle school working for a family friend’s restaurants (Ciro and Sal’s) during the summers. In 2006 he ran the kitchen of his family’s restaurant in Cape Cod until leaving for College in Los Angeles. At the age of 21 Hernandez started bartending in Provincetown, Fort Lauderdale and finally New York City, working under Naren Young at Public and The Daily. Hernandez has also worked at Bacchanal and the Clocktower before heading to the East Village.

cocktails Drinking With East Village Holiday Cocktail Lounge The Cannibal Wo Hop
Daiquiris and Clarified Molé – Drinking With Luis Hernandez2016-09-202017-08-01https://thirstymag.com/wp-content/uploads/2016/04/thirsty-nyc-logo-1.pngthirsty.https://thirstymag.com/wp-content/uploads/2016/09/drinking-with-luis-hernandez.jpg200px200px
About
Jessie Gibson
I am one of the co-founders of Thirsty. I shoot photos of cocktails and video. You can learn more about me at Jessie Gibson or connect with me on Instagram: @JessieGibson. 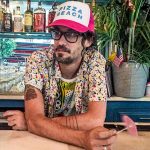 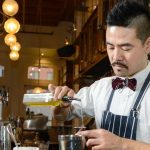 Soba Tea and Cold PBR: Drinking with Masahiro UrushidoDrinking With