The Pith Pop-Up at Bronx Brewery happened! When 21 year old Chef Jonah Reider and the guys of Bronx Brewery get together, there’s no doubt it’s going to be an amazing affair. Not just because beer and food are a life staple, but because Reider’s story is one for the books.

Now a senior at Columbia University, Reider founded Pith, a dining experience based out of his Columbia dorm room at Hogan Hall. Yes, you read right – a supper club in his dorm room! With only four spots per seating, and open only four nights per week at his off-campus apartment, the waiting list to dine with Jonah is more than 1,000 people deep.

But this past Saturday night, Reider took his talents outside those four walls on the West Side of the Manhattan to a former factory building in the east Bronx. In a super cool collaboration, Jonah joined forces with Brewery co-owners Chris Gallant and Damian Brown to create the ultimate in dining experiences – a pop up culinary creation at the burgeoning beer hall. The typically well lit, industrially clad venue was transformed into a trippy themed night equipped with neon lights bouncing off the towering tanks of beer and ambient audibles played over head by a DJ hovering above the crowd.

I’ve been cooking for a couple years now, but it has always been part of my upbringing” said Reider.

After settling in, and of course getting my first round of BB’s delicious Winter Ale, I got the chance to ask Jonah about how he came up with this idea.

“I’ve been cooking for a couple years now, but it has always been part of my upbringing” said Reider who admits that he prefers an unconventional approach to hospitality. “I want to do cool events like this. I want to create experiences for people. Food is so much more than just eating it, it’s about bringing people together.”

Damian Brown, was thrilled to have his otherwise simple space transformed into such an ethereal environment, explaining, “We had a great time planning and hosting this event with Jonah and his team. I was very impressed with his vision for the experience and it was a lot of fun tailoring our Spring Pale Ale, Uptown Coffee Milk Stout and Rye Fidelity for him to cook with and to pair alongside the food. We had a great turnout at the brewery and I think people definitely enjoyed the full sensorial experience of food, beer, light and sound. We’re hoping to plan another collaboration again soon.”

As people gathered around small circular tables topped with flavored popcorn, Jonah did his thing at two separate feasting sections, alternating every 30 minutes. Starting off with Root Soup, followed by a Salmon Skewer, salad, and a Beans and Meat concoction, Reider knocked it out of the park when he finished feeding his fans with a Panna Cotta topped with foam of BB’s milk stout. Yes, please!

When asked if he wanted to become a restaurant chef,  Reider said he wanted to take a more unconventional approach. “I want to continue doing events like this, integrating food into sonic and visual experiences, taking dining out of the restaurant and into more explicitly social and artistic spaces.”

Overall, between the brews and the bites, this experience was a memorable one. For more info on Reider’s “restaurant” or Brown’s brewery, visit their websites. And don’t forget to stay tuned, as future funky collabs like this one are on the horizon. Cheers!

Beer Pairing Dinner Pith NYC Pop Up
Pith Pop-Up at Bronx Brewery with 21-Year Old Chef Jonah Reider2016-02-262016-08-23https://thirstymag.com/wp-content/uploads/2016/04/thirsty-nyc-logo-1.pngthirsty.https://thirstymag.com/wp-content/uploads/2016/02/bronx-brooklyn-pith-nyc-pop-up.jpg200px200px
About
Nikki Marie
I'm an attorney 9-5, but when I'm not busy making a living, I'm busy making a life in this great town we call New York City! I spend a lot of my free time exploring, wandering and discovering the City That Never Sleeps from Uptown to Downtown, and everywhere in between, in search of the City's fabulous fashion, delectable dishes and vibin' venues. To join my journey in search of the best of all things NYC, follow me on social media: Twitter: @Nikki_Takes_NY Instagram: @Nikki_Takes_NewYork Blog: NikkiTakesNewYork.Wordpress.Com 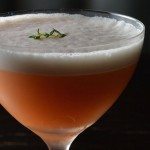 Blood and Thyme at Ai FioriDrink This Now, Features 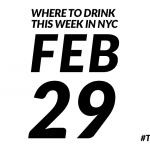